Only 35 kilometers from the capital, Madrid is a city of great importance due to its collaboration with universal culture during the sixteenth century, this city is Alcala de Henares which in these times is a place that houses many students because there is the famous University of Alcalá located throughout the historic center of it. 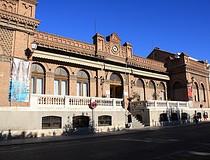 Declared a World Heritage Site by the UNSECO Alcala de Henares It was the birthplace of the famous writer of Quixote de la Mancha, the house where he grew up Miguel de Cervantes It is now a museum located on the main street is this beautiful city.
A city of 2000 years of history whose origin is located in the remote times of Rome when it was called Complutum from there the name of Complutense.

This city is the motherland of the Spanish language. This is where several geniuses of literature and other areas such as Lope de Vega, Quevedo That marked history with their research, many people who are interested in the origins of Spanish begin their research in this ancient city. 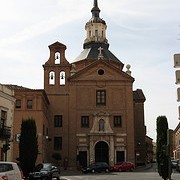