The America Square is at the end of the Gran Vía de Vigo. It is one of the best known squares in the city. It is the starting point of many routes to explore the city.

It is chaired by a sculpture in pink granite from Porriño, the Atlantic Gate, made in 1991 by the sculptor Silverio Rivas. It is a tribute to the Galicians who left from Vigo to America. 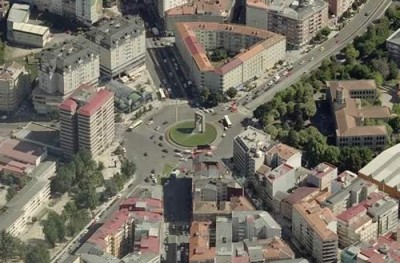 Composed of three elements, the main one is the arch that symbolizes the door and is embedded in a pond circular of 38 meters in diameter, in the middle of the Plaza. The door weighs more than 400 tons and is 14 meters high. The fountain represents the Atlantic Ocean that linked the two continents in the immigrant journey. 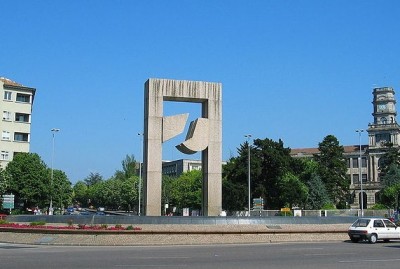 The others two elements they are located in the Gran Via and at the beginning of the Castelao Avenue. The three pieces are complementary and come from the same stone block that was worked in the Atios quarry. 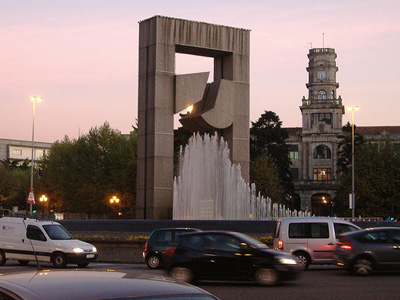 The square is one of the main landmarks of the municipality. Right there the city’s soccer club celebrates its sporting triumphs, the Celta Vigo.