America is an extensive continent in which each country has its own cultural traditions. As a result, we find a set of American customs that have endured over the years. In this article, we talk about the habits of some of the countries in this territory.

Central America and the Caribbean

In both Central America and the Caribbean we find several countries whose traditions are the most original and can be rare for people who have never been to these territories.

On November 1, in Sumpango and Santiago Sacatepéquez, two small Guatemalan municipalities, the Giant kite festival. Huge kites made of tissue paper that take several months to make are thrown into the sky.

This tradition arises due to the belief that on that day the ancestors return to the world for 24 hours, so it is a channel between the dead and the living. In addition, they drive away evil spirits.

Likewise, a contest of different categories is held in which the best models are rewarded. Some of these kites reach over 10 meters and their color impresses everyone who witnesses this tradition. 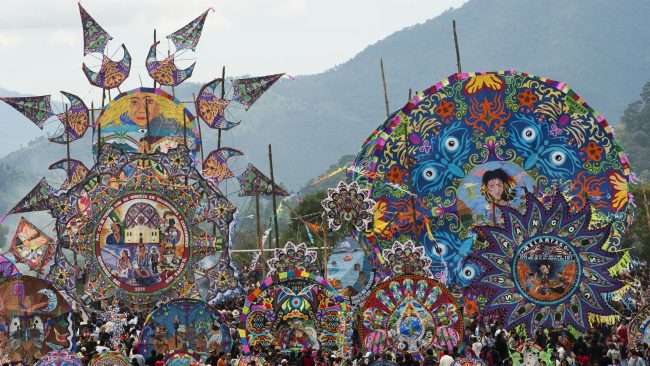 The situation in Puerto Rico is complex, since despite being a territory located in island or isthmic America, in the Caribbean, it belongs to the United States since 1898.

On this island we find a mixture of African, Spanish, indigenous and American traditions, which is reflected in their parties. For example, Christmas begins for them on November 23.

During this time, it is typical to sing parrandas, a kind of Christmas carols that are played during the early morning in the homes of family and friends. As it goes without warning, this action is known as Christmas assault.

Also, apart from the celebrations extended in other places such as Christmas Eve, Christmas, etc., in the Charcas neighborhood, in Quebradillas, the Jíbaro Festival, in which attendees wear the typical Puerto Rican costume. 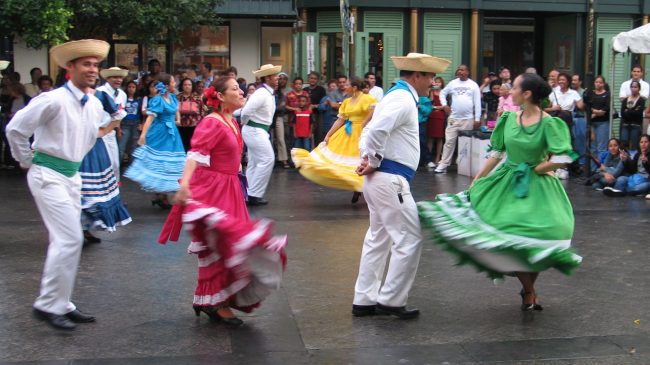 Among the most widespread religious traditions in Latin America we find Holy Week, which is celebrated in April. In Honduras, during these dates the Sawdust carpet.

These carpets are created with materials such as sawdust, seeds, flowers, etc. and represent scenes from the Bible and the life of Jesus. They are placed on the main streets through which the procession will happen.

Although now they are related to the Christian religion, before the colonial era, the natives already created this type of crafts as a cult to their gods. It is in 1963 when tradition resumed. 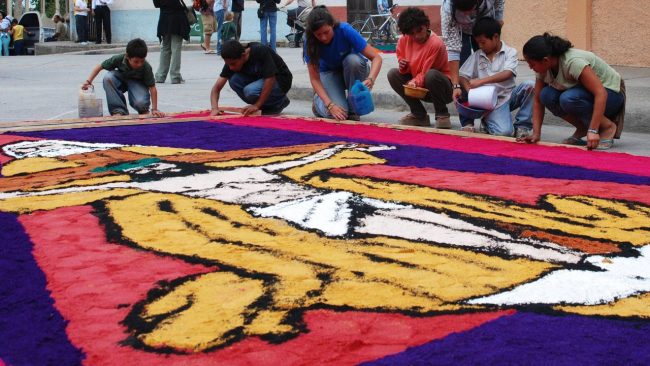 North American traditions vary depending on the country we are in, although some extend beyond borders.

Currently we still find Native Americans or american indians. Among the best known tribes is that of the sioux, which in summer carries out the Dance of the Sun, a rite for which they seek purification. In the past, this act became quite violent.

As for the eating habits of Americans, they eat a lot of fast food accompanied by sauces like the ketchup, a fact related to the problem of obesity in the country. However, young people are more aware of the importance of healthy food. 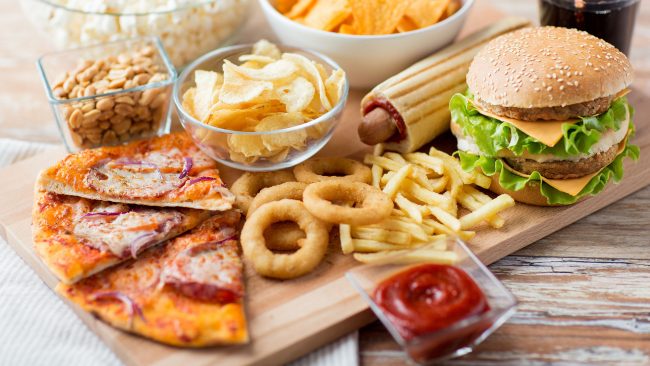 In American weddings, the white dress and the bouquet are typical. In addition, in the south of the country, it is customary to be held outdoors. So that it does not rain, a month before the ceremony a bottle of whiskey is buried that, on the day of the wedding, is unearthed to share it with the guests.

One of the most famous Mexican traditions is to interpret Mariachi music. This is represented by a minimum of two musicians who sing popular songs accompanied by string instruments. In Guadalajara, the Mariachi and Charrería International Meeting takes place every year, in which national and international groups operate.

Among the most important holidays in the country is the Day of the Dead, which is celebrated between November 1 and 2. These days cemeteries are visited and offerings are taken to the ancestors.

During the nine days before Christmas, the Posadas are celebrated, which remind us of the path that José and María made to Bethlehem. In these dates different activities are organized, among them the one to break piñatas. 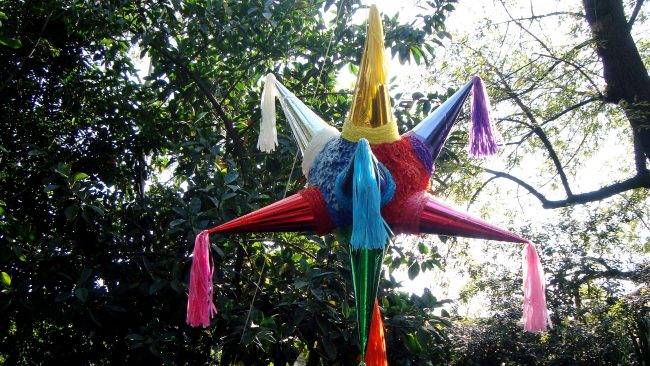 If you want to know more traditions of this territory, we recommend you read the following article: Mexican traditions: the most important customs of Mexico.

Another country in Anglo-Saxon America is Canada. Here, when greeting, shake hands and maintain an appropriate physical distance. In addition, people are treated by their last name, unless they indicate otherwise.

On October 31, Halloween is celebrated, at which time the houses are decorated and costume parties are held. In addition, children go home by house saying the phrase Trick or treat (in Spanish Trick or Treating), for which they ask for sweets in exchange for not carrying out a heavy joke. 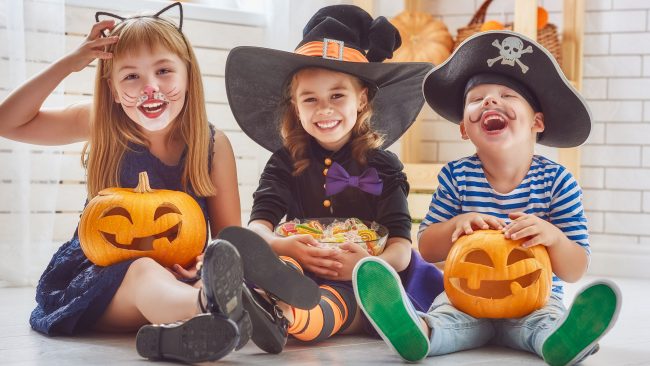 In addition to those already mentioned, in this article you can find more Canadian customs: What are the main customs and traditions of Canada?

The traditions of South America stand out for the mixture of their origins and their permanence over time. Next, we report the customs of some Latin American countries:

The capoeira, a Brazilian martial art, began to develop in the sixteenth century. It mixes dance, acrobatics and body expression. Its origin is related to black slaves.

Once slavery was banned, this fighting technique passed to the country's lower classes, a fact that led to its prohibition in the 19th century. However, thanks to the creation of the Mestre Bimba school, was legalized and popularized. Although in the past it was part of the oral tradition, there are currently a significant number of schools worldwide. In this video you can see a demo:

On the other hand, the Rio de Janeiro's carnival It is the most outstanding party of the State. In it, the Samba Schools compete in the Sambadrome, a space with capacity for 75,000 people. Each group represents a different show and wears unique costumes.

He corridor It is one of the most important dances in Colombia. It emerged in the 19th century and has influences from the European waltz. There are two different types: the party and the slow.

This country has numerous types of dances, each originating in a different area. Here you can find the most outstanding: Typical Colombian dances by regions: from cumbia to joropo.

A special holiday is that of Day of the candles, which takes place on December 7. In it, the streets are filled with burning candles. These symbolize the Immaculate Conception. It is the beginning of Christmas. 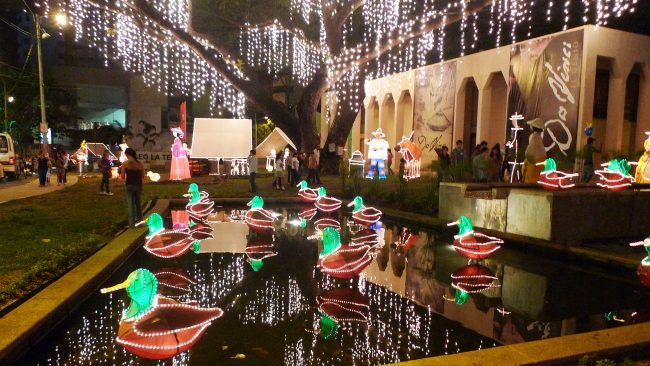 Among the traditions of Argentina, the most practiced is drinking mate, a kind of herbal infusion. This is part of the social customs of the country, because for Argentines it is a great gesture to invite a person to kill or share it.

The Pachamama Festival It is a celebration that can be rare for those who do not know it. It is an act in which holes are dug in the ground and food, drink, coca leaves, etc. are thrown.

It is an event focused on making an offering to the Mother Earth and thank you for everything you received in a year. It is organized in some areas of Argentina, such as Salta, especially in the mountainous parts.

During this act, holes are dug in the ground and food, drink, coca leaves, etc. are thrown. In this way, an offering is made to the Mother Earth and you will be grateful for everything received in one year. 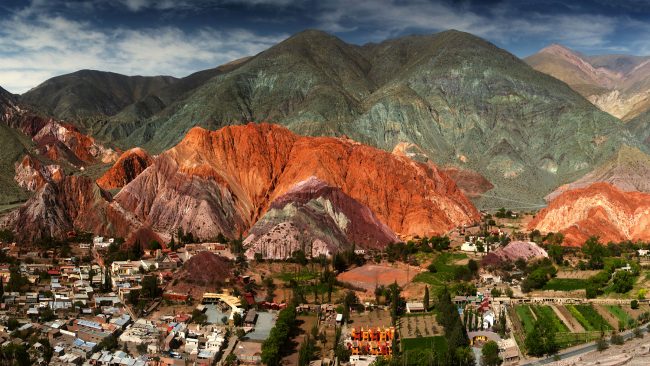 Among the different aboriginal groups of Ecuador is that of Shuar. In it, they accept sonoral marriage (marrying the spouse's sisters) and the levirate (with the brother's widow). Also, polygamy in men is accepted.

Within the Christmas customs, the celebration of the New Year entails the burning stick figures. These are made with cardboard, old clothes, etc. and they are exhibited in the street, so in some areas they even organize contests.

You can learn more about the country's customs in this article: Customs and traditions in Ecuador. 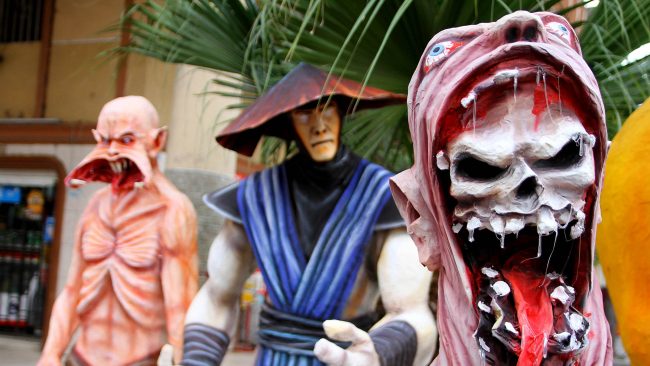 The cuisine in Venezuela is rich and varied. Among its culinary customs, we find that of bread with ham, a typical Christmas dish. This is cooked with ham, bacon, green olives and raisins, ingredients that are introduced into a sweet dough.

Another popular dish is the Creole pavilion, which has its origin in the nineteenth century. The products used for its elaboration are: white rice, shredded meat, black beans and fried plantain. One of the eating habits of this population is to eat three times a day.

In the following article you will find the rest of the traditions of this country: Venezuelan traditions and customs. 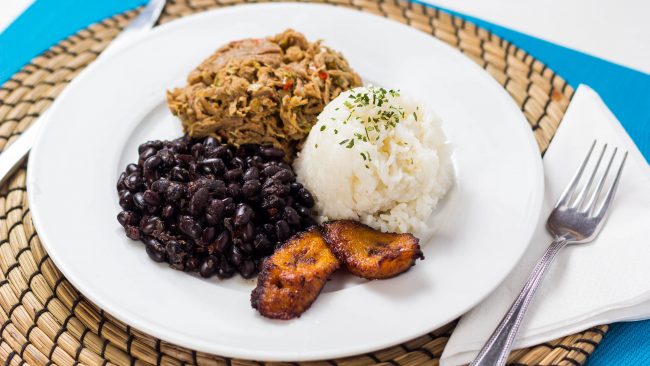 A dance that is danced in the Andean area of ​​Peru is the zamacueca. This has its origin in the 16th and 17th centuries. It is a couple dance in which both the man and the woman wear a white handkerchief in the right hand. It is a combination of European and African-American dances.

On the other hand, in Peru the elaboration of the crafts, whose designs have been inherited from the pre-Columbian era. Among its different elaborations, fabrics with geometric patterns and mocked mates. 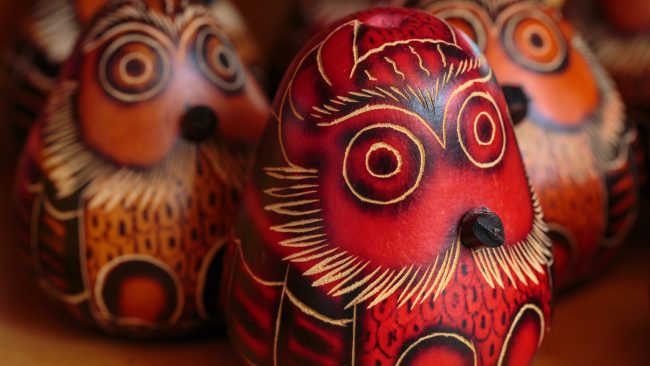 The latter are the fruit of the pumpkin, which are decorated with ancestral techniques. The mocked mates The oldest known are 3,500 years old.

This article has been shared 76 times.