In the Santa Luisa de Marillac Square of the Magdalena neighborhood in the city of Jaen, are the Arab baths, in the basements of Villardompardo Palace. It is the largest baths in Europe. 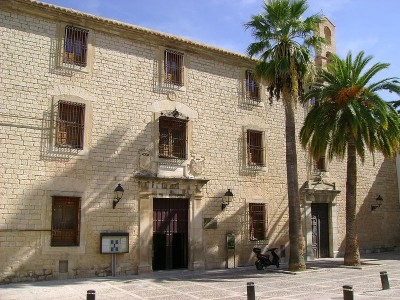 Built in the eleventh century, following the common model inspired by the Roman baths. Thus, we enter the lobby that at the ends has the bedrooms separated from the rest of the rooms. Then we find the cold room and immediately the warm room, which is the largest. Next, the hot room, with a barrel vault cover.
The central area is covered by a hemispherical vault, and the whole set is distinguished by its luminosity, provided by beautiful star-shaped skylights. 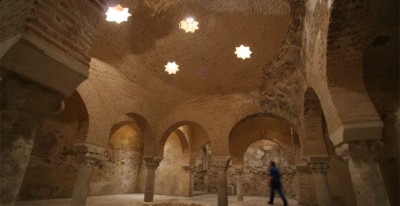 The bathrooms were public establishments where politics, culture, and social issues were discussed in addition to fulfilling a hygienic function. In 1246, when Fernando III arrived it was used to tan and dye skins. At the end of the 16th century the count of Villardompardo had his palace built on the bathrooms that were half buried until they were found in 1913 during the preparation of the Monumental catalog of the city. At the end of the last century it was possible to finish with the difficult task of rehabilitation and, fortunately, they were able to recover to the delight of the visitor. 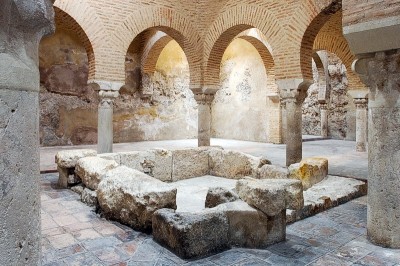