Australia represents one of the most interesting tourist destinations, since it is a Great Continent Island, with extensive territories, where two thirds of which are deserts, bordered on its coastal contours by forests and mountains, which belong to the famous Great mountain range Dividing Ranges, defining a green area towards the rising sun, as opposed to a semi-desert area in the west or west with a characteristic Red soil.

Although tourism is concentrated in green areas, desert areas in recent years have become a natural attraction, considered one of the most beautiful on the planet and generally attracts more than 5 million tourists a year. Among its natural attractions are the Great Barrier Reef or Great Barrier Reef, considered the largest reef in the world with 2600 kilometers in length, declared no less than “World Heritage” by UNESCO, located in the Coral Sea in front of The coast of Queensland in northeast Australia, Named the greatest natural attraction of this country. 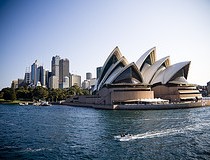 Continuing with the Carnavon National Park which is a national park that offers a variety of natural oddities in addition to contact with indigenous aboriginal cultures, Dorigo National Park that encloses the famous waterfall valley, whose vegetation represents a natural wonder without comparison, as well as its morning mist that envelops it in mystery and many coastal towns with its wonderful beaches to visit. The Sydney Opera House represents a symbol of Australia and Denmark’s Cultural Heritage in the architectural aspect as well as being declared a World Heritage Site in 2007 by UNESCO. 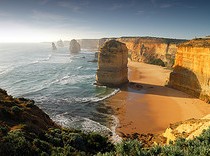