The National Anthem of Australia It premiered on St. Andrew’s Day in 1878. It was composed by Peter Dodds McCormick. The title of the hymn was one in Latin: “Amicus” (Friend).

Over the years, his verses have varied, several versions emerging. In 1826 the “Australian Anthem” by John Dunmore Lang was proposed. In 1929, the Prime Minister suggested as a hymn the one composed by Carl Linger called “The Song of Australia.” 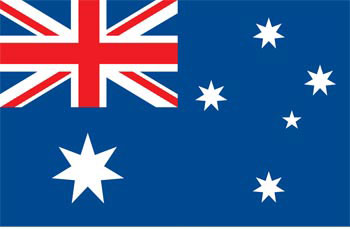 In 1984 the Governor General proclaimed «Advance Australia Fair» as National Anthem of Australia.

There is a great feeling of nationalism in the Australian country. The anthem is present at each official meeting or sporting event. Children from small learn to respect their national symbols.

Here is a fragment of the Anthem:

Under our radiant southern cross
we will work with hearts and hands
to make our Community
renaming all lands;
for those who come across the seas
We have unlimited plains to share,
with courage we combine it
for Australia to move forward with justice.
In joyful efforts we sing,
Australia moves forward with justice.

The anthem and flag of Australia: