In the year 1995, in the Port Vell of Barcelona, the Aquarium opened its doors. It is one of the largest aquariums in Europe, and the most important in the world dedicated to the Mediterranean theme. 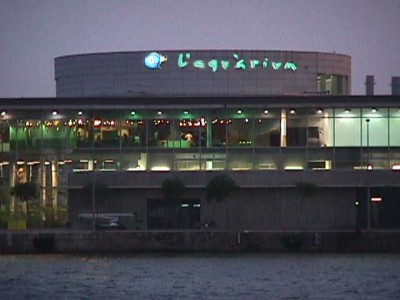 Its 11,000 copies of 450 different species inhabit the 35 aquariums of the complex. And the most spectacular is the 80 meter long underwater tunnel that goes through the immense Oceanarium Where sharks live

There are several routes to take. The first takes you through the 14 Mediterranean Aquariums that represent the different communities, with the most characteristic species of this sea. It also has two spaces that represent the protected areas of the Ebro Delta and the Medes Islands. Then, the transparent tunnel of the Oceanarium, where a variety of species are housed in an incredibly large habitat. 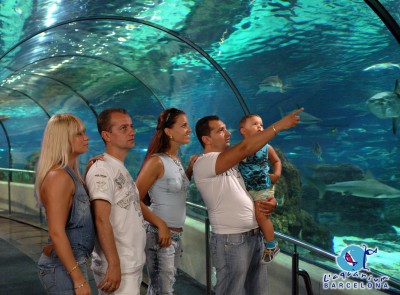 Another walk takes you through the 7 Tropical Aquariums that represent the Tropical Seas, with the recreation of life in coral reefs. The other circuits are the one of the exhibition Aqua planet Y Explore!, where you can observe and learn differently and with innovative teaching resources that will catch both children and adults.

The Aquarium opens daily from 9.30 to 21 hours. It provides all the facilities for people with mobility difficulties, because all its facilities are perfectly adapted.