The Basilica of San Lorenzo is in the Piazza de San Lorenzo, in the historical center of Florence that was declared Heritage of humanity by unesco. 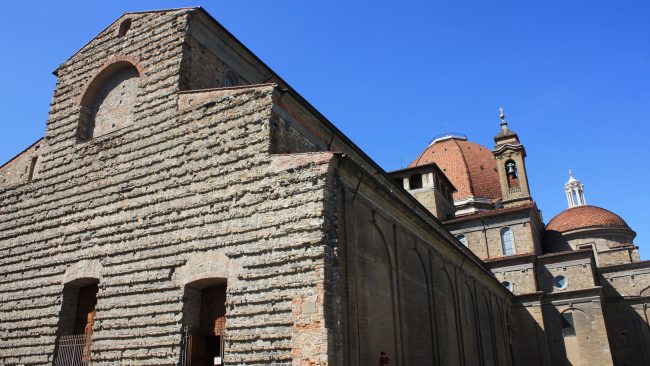 This majestic building, example of the Renaissance architecture of Quattrocento, was designed by Brunelleschi at the beginning of the 15th century, at the request of the Medici family, symbolizing its growing power. The first consecration of this temple dates from the fourth century, after an important extension was consecrated for the second time in the eleventh century, and then rebuilt on the old Romanesque church, as a pantheon of the family. 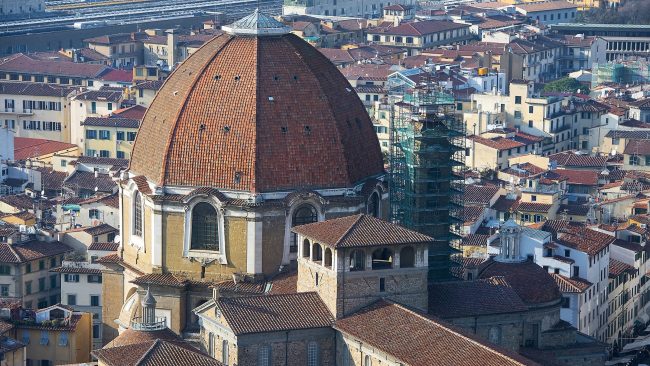 It has a Latin cross plan and three naves, with side chapels. Where the flat interior cover with golden rosette decoration on white background and the two Sacristías stands out. The Old Sacristy, work of Brunelleschi, and the New Sacristyby Michelangelo. And the stairs, exquisite design by Michelangelo, which lead to the library. 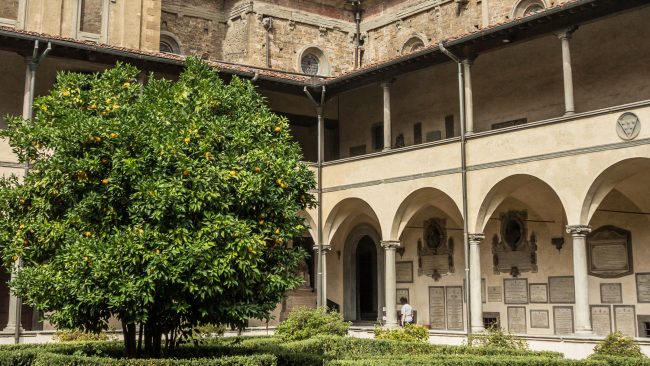 The Tomb of Cosme the Elder It is located in an underground pillar, in front of the High altar, place where the tombstone can be seen, and where the medieval tradition placed the remains of the martyr to whom the temple was dedicated.

It is very striking to see the Exterior facade in stone and brick without coating. The marble cladding was not made. On the contrary, in his contrafachadaMichelangelo made a balcony with Corinthian columns in marble that frame the main door.

Basilica, Library, Cloister and Chapel of the Princes They are visited with paid tickets. They have a schedule that it is advisable to consult before going as they usually close both for reforms and for private trades. The schedule is daily from 10 to 17 hours.