The Basilica of San Marco It is located in the homonymous square of Venice. Built in the ninth century to house the remains of San Marcos, which Venetian merchants stole from Alexandria. 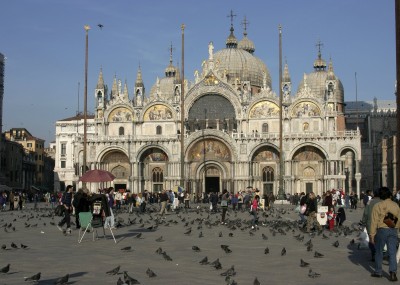 In its building, Gothic, Roman and Byzantine elements are combined. He has undergone two reconstructions throughout his life. And since the eleventh century it is known as the Golden Church. 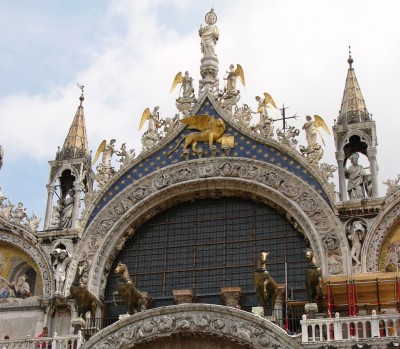 Converted into the city’s Cathedral in 1807. It has a Latin cross plan with five domes and a large central dome. In the interior the golden color predominates, with more than 4,000 square meters of 13th-century mosaics in the main dome, and 500 columns of the III century. 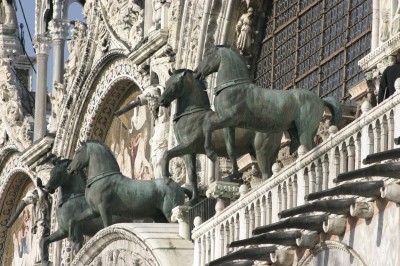 In the Baldachin The remains of the Saint rest on the main altar. Behind, the Pala d’Oro, a magnificent piece of Byzantine goldsmith, worth visiting. 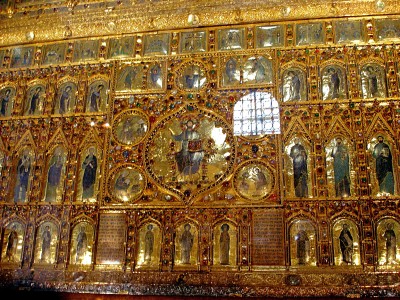 The Treasury of the Basilica It has 283 pieces of precious materials, which were left after the looting and the sale that was made in the 19th century to restore the Basilica. In the Museum we can see the originals of the Horses of San Marcos, bathed in gold and mosaics from a short distance. 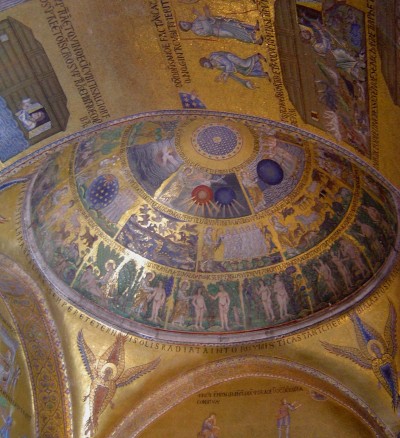 The schedule To visit the Basilica is, daily from 9:45 to 17 hours and Sundays from 14 to 16 hours (from Easter to November on Sundays it closes at 17). The visit is free and takes place in about 15 minutes.
To visit the Museum, the ticket is € 4, Pala d’Oro, € 2 and Treasury, € 3. The schedules are daily, from 9:45 a.m. to 4:45 p.m. Since backpacks and cameras cannot be entered, you must deposit them in the free locker of the San Basso Athenaeum, in the Piazzeta dei Leoncini.