The Basilica of Santa Maria It is the oldest church in the city of Alicante. It was erected on the remains of the main mosque, in the current Santa Maria Square. Its construction dates back to the 14th century, and in the XV it was rebuilt after a fire. 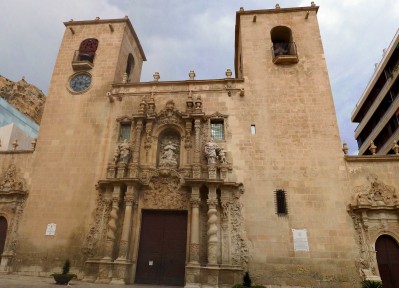 It has a single nave with several side chapels and includes a polygonal header. The facade is baroque, with a sculptural set that includes an image of the Virgin, columns and arches, made by Juan Bautista Borja. Two towers crown the main door: one of robust cut, with defensive character raised in the fourteenth century, and the north tower, more modern, built in the early eighteenth to balance the symmetry of the facade. 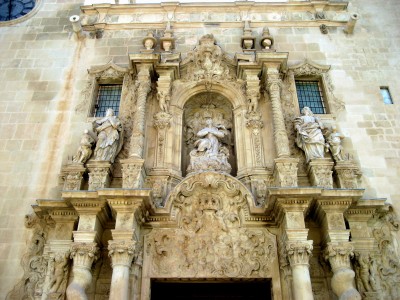 Curious is the side facade that overlooks the sea, which features a cannonball embedded in the wall stone and the amount of artillery impacts. 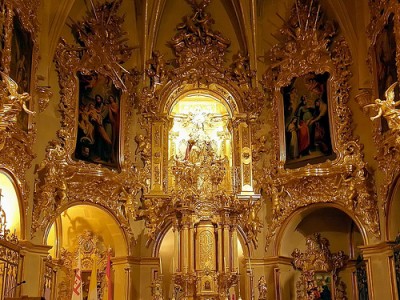 Inside, the High altar It is a 14th-century Rococo jewel, and the chapels of the Immaculate and the Communion are remarkable. The Chapel of Baptism It has a large baptismal font in Carrara marble attributed to Michelangelo’s school. 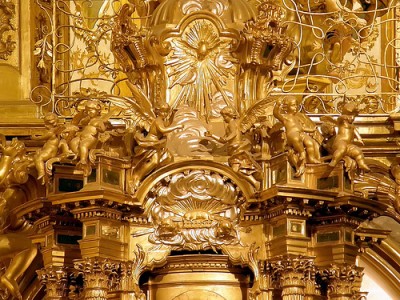 This temple holds a large number of works of art, including a gothic stone image of Santa Maria and a carving of Santos Juanes made by Rodrigo de Osona, both from the 15th century.