Throughout its history it has suffered several fires and demolitions, so there are exemplary examples of architecture inside. Like marble floors and mosaics from the abandoned churches that were added in the fifteenth century. Or the interior reform that he did Borromini In XVII century. 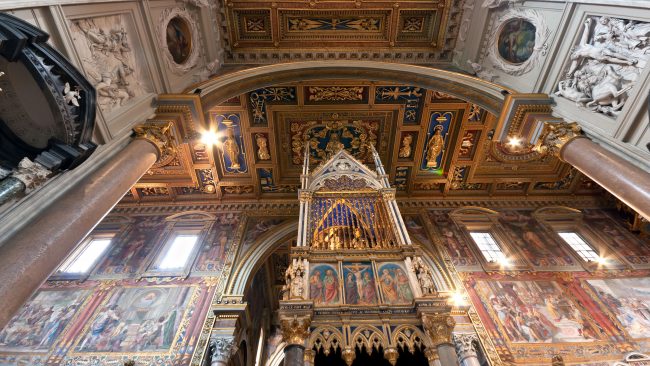 The papal altar, richly ornamented, is covered by a gothic canopy and it is said that he has relics of the heads of Saint Peter and Saint Paul.

The mosaics of baptistery and of the three chapels, of Santa Rufina, of San Juan Evangelista and of San VenancioThey are of incredible beauty and are in an excellent state of conservation. 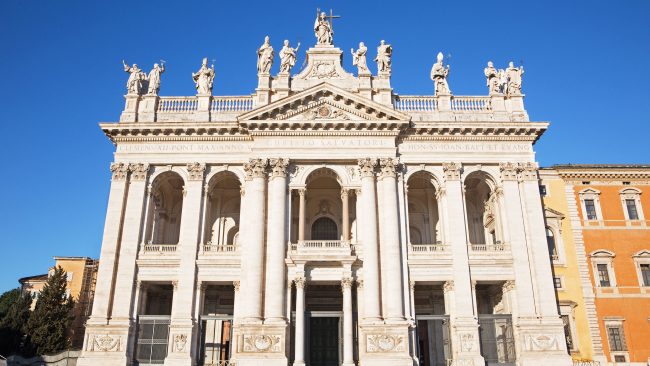 This is one of the seven pilgrimage churches of Catholicism. Count the legend that, if you reach the side of the statue of Silvestre II, you see him sweat and hear that he emits a sound like crunchy bones is that the hour of the death of a Pope is approaching.
The Basilica opens daily between 7 and 7 pm and is free. The Cloister between 9 and 18 hours, and admission is € 3.