The Basilica of Our Lady of Pilar It was born as a Church and Convent for the Recoletos friars of the Franciscan order who arrived in Buenos Aires in 1708. The Baroque style temple was inaugurated in 1732 and is the oldest church that remains almost intact. At the beginning of the 19th century, his orchard was converted into the Northern Cemetery (de la Recoleta) by decision of the Governor. Pope Pius XI elevates it to Basilica in 1936. 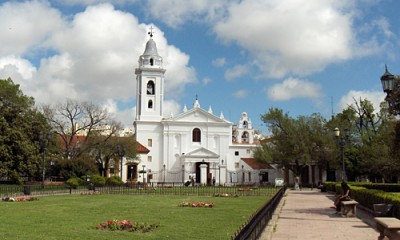 It is one of the most beautiful works of Buenos Aires colonial architecture. Has a facade asymmetrical, with a bell tower on the left side and a belfry with double arch on the right side. It is simple, with a double set of pilasters supporting a triangular front that crowns five pinnacles.

The temple is from jesuit plant, of a single ship with lateral altars. Three on the right and four on the left side. On the right side highlights the “Altar of the Relics”, which treasures the relics of martyrs and many pieces of imagery and liturgical objects. 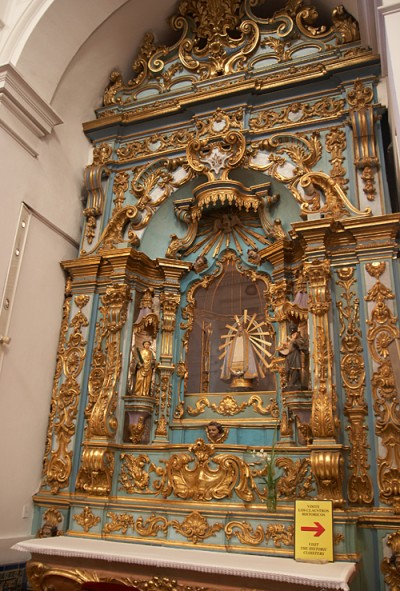 The church houses graves of great artistic and historical importance, among which is the John of Narbonne, wealthy Aragonese merchant promoter of the temple.
The main altarpiece of the Temple It is the oldest in the city. Baroque masterpiece made of carved cedar and covered with gold leaf, has an image of the Virgen del Pilar in the center. The entire front of the altar, made of embossed silver, comes from Upper Peru. 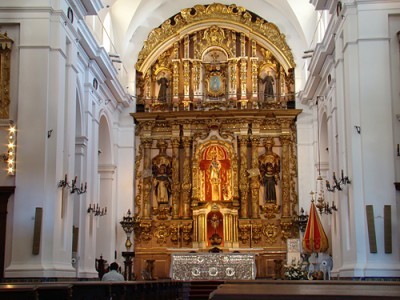 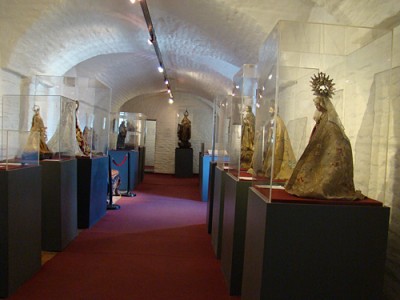