The Basilica Santa María Mayor (Santa Maria Maggiore) from Rome, is one of the four patriarchal basilicas from the city. The other three are: San Pedro, San Juan de Latrán and San Paolo Fuori Le Mura. 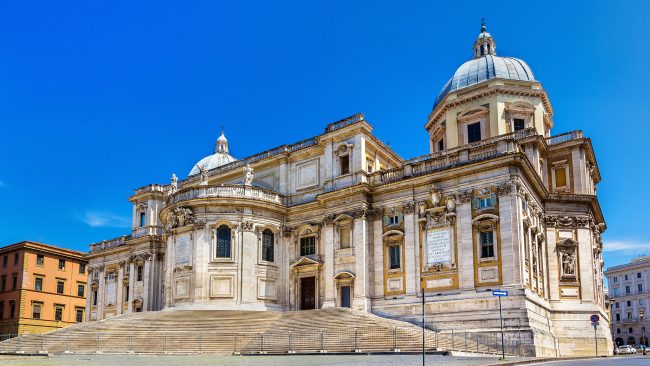 It is located on the top of Mount Esquilino and was built by order of Pope Sixtus III, in the fifth century.
It presents a combination of architectural styles, since it was reformed, throughout its history, on many occasions. It has a pyramidal Romanesque bell tower that is the tallest in Rome, and its interior is baroque. 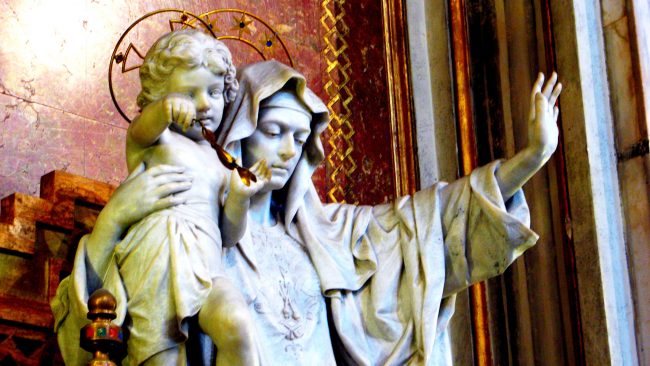 Highlights the 15th century coffered ceilings and the 5th century mosaics of the bow and the choir. Also the 36 marble columns and 4 granite columns with Ionic capitals of the ships. They also stand out side chapels built in the 16th century where the remains of the Sixtus V and Pius V popes rest.

To the right of the altar where the Virgin with the Child, is the Bernini’s grave. 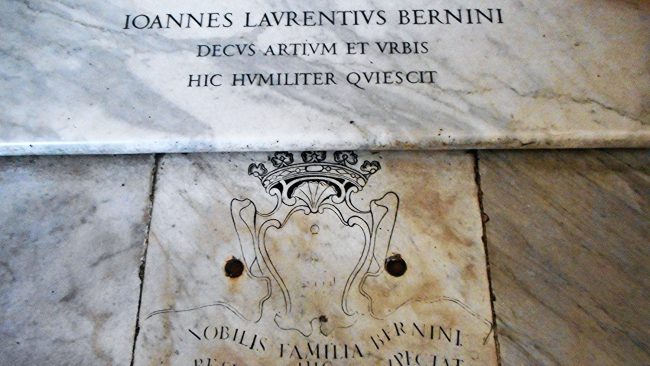 The Basilica is located in the Plaza Santa María Mayor, at the Termini Metro station. Its schedule is from 7 to 18.30 hours and admission is free.