The Matorral Beach and his Lighthouse they are in the municipal term of Pájara south of the island of Fuerteventura. It is a coastal area of ​​115 hectares that are protected by the governments of the Canary Islands as Protected Natural Space, since this area that is encharca when the tide rises and presents an ecosystem of saladar in danger, of great scientific interest. 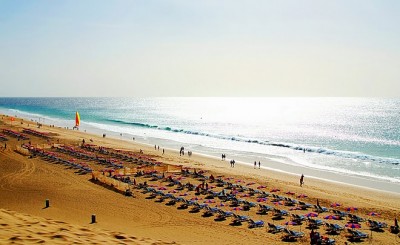 The richness of the endemic flora allows us to find adapted species and the fauna gives us the opportunity to observe an interesting group of seabirds, as it is an area of ​​migratory passage on their way to Africa. 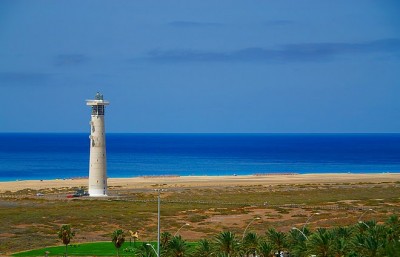 The beach is also known as Jandía Beach because that name bears the coast in this area. It extends over 12 kilometers, from the Morro Jable until the Tip of the Scrub, with a width of 300 meters. The lighthouse divides north the nudist zone and south the textiles.

This lighthouse, dating from the 90s of the twentieth century serves to warn navigators, is 62 meters above sea level. Its waters are especially suitable for scuba diving. Another popular sport is the windsurfingThere are several schools that the area has. 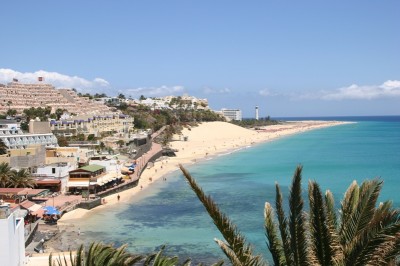 The access It is on foot or by car from Morro Jable and from the Dune Route. It is a beach with numerous hotel resorts, so services are not lacking. The quality of its moderate swell waters and its fine always clean sands have earned it the distinction of Blue flag.