The Bellver Castle, from Palma de Mallorca, is the only circular castle in Spain. On a hill 140 meters high dominates the views of the city of Palma, distant 3 kilometers. 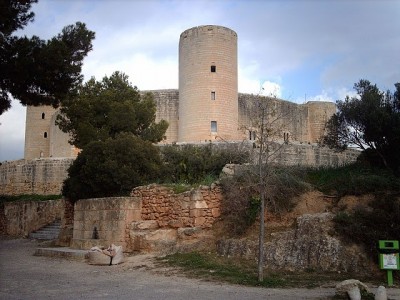 It was conceived as home real by order of Jaume II of Mallorca at the beginning of the 14th century. However, until the late twentieth century it worked as jail. You can still see the graffiti of the prisoners on the walls. Currently some of its rooms house the Museum of the City It collects pieces from archaeological excavations and municipal collections. 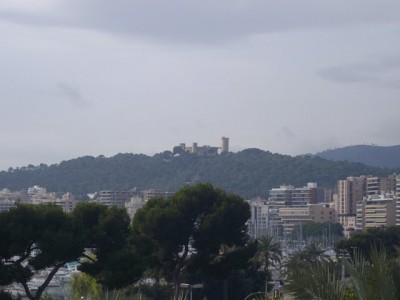 His three towers integrated are also circular. With a fourth non-integrated tower, that of the tribute, about 33 meters high and with the dungeons known as the Cooking pot In their basements. In its parade, built on a cistern, concerts are held during the summer. Place of great beauty for its 21 Gothic arches. 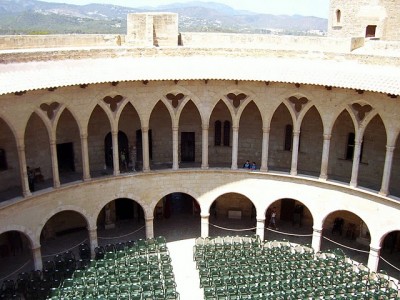 For to access to the castle we can do it with several public bus lines to the Joan Miró stop and then a walk of about 20 minutes.