The population of Binibeca, in the municipality of saint Louis from Minorca, is about 8 kilometers from Mahon. It emerged in 1972 as a fishing village and was very frequented by hippies in the 1980s. At present it has 500 inhabitants, but in summer it multiplies that population since it becomes one of the destinations preferred by tourists. 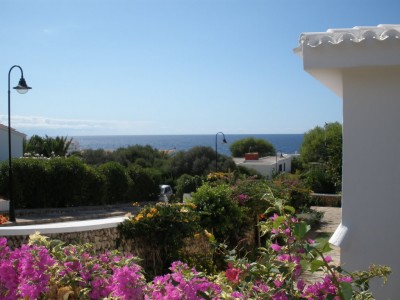 The beauty of this town is that it is made up of small houses with rounded shapes, painted white and with narrow streets where silence and peace reign. Urbanizations have been built around the old town following the style of white houses. If you want to spend a season in Binibeca you must book well in advance.

The Binibeca Beach It is of clean deep water and fine sand, next to a pine grove. It is not very big, but it has as a neighbor the coves of Binidalí, Biniparratx, Biniancolla and Binisafuller They are worth visiting too. 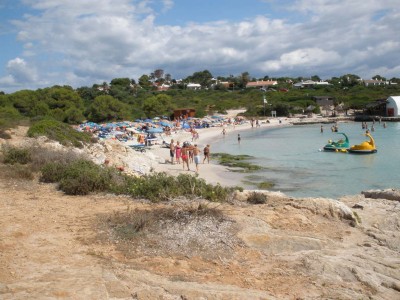 By night It is a good plan to go to one of the terraces with hurdles that are in the streets of the town and taste a lobster stew or any fish from the coast of the island. You will not be disappointed.