The Boboli Gardens, with its 45 hectares, are the largest park of Florence. They were created as part of the Pitti Palace, for private use, in the mid-16th century, and in 1766 they were opened to the public. They are located on the south bank of the Arno River. 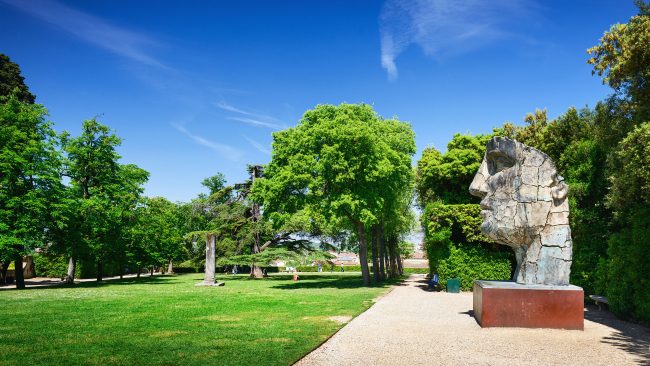 They celebrated parties and especially weddings, and in 1600 they were the scene of the first performance of an opera. These Renaissance gardens were models of Versailles and many others. They have a profusion of statues, caves, and sources of different styles and backgrounds, with such important authors as Michelangelo, Giambologna, Buontalenti or Lorenzi. 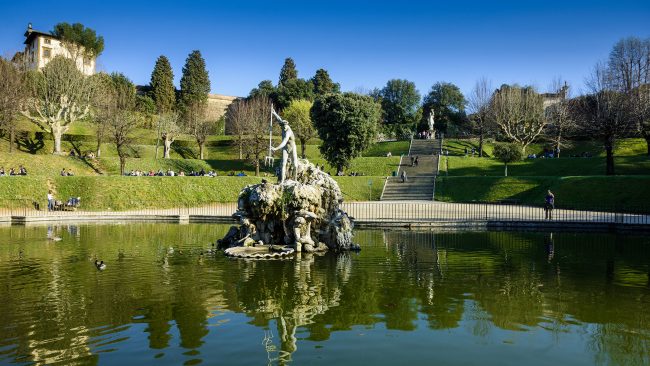 You can not miss the Amphitheater, with its pond and the Egyptian obelisk, or the Kaffehaus Rococo style that offers exceptional views over the city, nor the Greenhouse, work of Zanobi de Rosso. They highlight the Buontalenti Grotto, decorated with authentic stalactites and stalagmites, and the Big Grotto, where are the copies of The Four Slaves by Michelangelo (the originals are in La Academia). 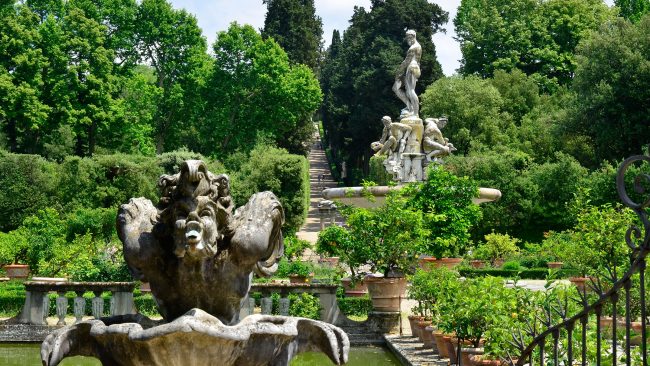 At the end of the Viottolone, the avenue of cypresses and statues of classical Rome, is the Piazzale dell’Isolotto, with the Ocean Fountain, Giambologna’s work, in between. Impossible to list each of the treasures that it hides. The best thing is that you venture to explore them.