Buenos Aires It is the city par excellence of the Argentina. But in the 100 neighborhoods of Buenos Aires, there is a space to allow the most characteristic traditions, customs, and meals of the beautiful Pampa to seep through the atmosphere with its festive color. The Slaughterhouse Fair is a space that every Sunday brings together hundreds of people to celebrate the roots of a culture that developed in the hands of the countryside and the vast green and flat areas of the Pampa. 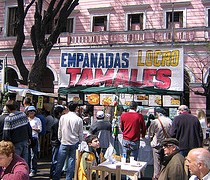 Located in Mataderos neighborhood, in the city of Buenos Aires, the fair works in the recovery of an old market converted since 1986, this becomes a phenomenon of crowds that meet to celebrate every Sunday, a cult of the most entrenched traditions of the Argentine countryside . 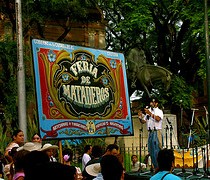 With more than 300 stalls selling traditional products and typical foods, the Slaughterhouse Fair evokes the traditions of the countryside with dressage shows, bows, horse races, ring and even the magical guitars, where a round of gauchos sit down to sing and dance. Currently, the Slaughterhouse Fair is projected as a permanent event included in the tourist circuit of the city, which attracts more and more local and foreign tourists. In the summer of 2009, he joined the activities on Saturday, to extend the holiday at sunset and at night, inviting dinner in the little bars and dancing to the rhythm of Argentine folklore. 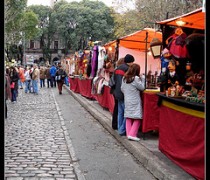