Buenos Aires It is the capital of Argentina and it is conformed by 48 neighborhoods within which the neighborhoods of San Telmo and Monserrat due to its tourist importance, it is also considered as the main cultural metropolis of the west and is the center of the cultural activities and intellectuals of Argentina. 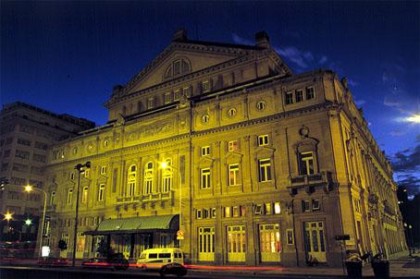 Buenos Aires has a mild climate although it usually has extreme temperatures in summer and winter. Its average temperature is 18 degrees Celsius having a minimum temperature of 5 degrees and maximum of 32 degrees.

If we are outside of Argentina (be it in Latin America or another continent) the most recommended for saving time is to travel by plane. You can also travel by boat (from Montevideo and Colonia), by train (only if we are in nearby cities) or by bus (whose functionality and routes are similar to those of the train).

How to move around the city

In the city we can move in different means of transport such as: the subway, known as the subway and which has 78 lines along Buenos Aires (although it has the deficiency of not reaching La Recoleta); bus, known as a bus and whose prices make it the most used means of transport; taxi, with more than forty thousand circulating in this city is a means that will allow us to move quickly; and, renting a car.

In Buenos Aires there are neighborhoods and areas that we must include in our tourist route: Palermo, a fashionable neighborhood among travelers, especially Palermo Soho, ideal for drinks, shopping or just walking; San Telmo, a traditional neighborhood ideal for fans of cultural shows and the bohemian wave; Recoleta, the most luxurious neighborhood with the greatest historical interest (here we can visit the National Museum of Fine Arts and the Recoleta Cemetery).

In our list we must also include: La Boca, with street and party atmosphere all day (here we can visit the picturesque Caminito street and visit the Boca Juniors Stadium); Puerto Madero, ideal to enjoy Argentine cuisine in one of its restaurants and for a walk; Monserrat, a neighborhood that houses the Plaza dos de Mayo, the Plaza del Congreso and the Manzana de las Luces, El Retiro, a quiet neighborhood where we can visit San Martín Square, and the Microcentro, the city’s financial center. 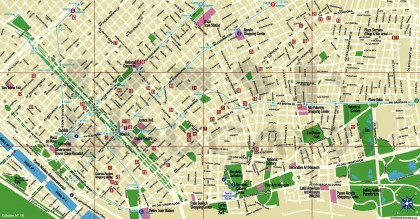 In Buenos Aires we will find different points of interest in each of its neighborhoods, including: The Obelisk and Avenida 9 de Julio (the obelisk measures almost seventy meters and is a monument that was placed with the celebration of the fourth centenary of the foundation of the city; also, when visiting the avenue we can see other attractions such as the Teatro Colón); the Argentinian Racecourse of Palermo; the Cervantes National Theater; the National History Museum; the Government House Museum, the Cathedral of Buenos Aires; the Basilica Our Lady of Pilar, among others.

If we are fond of ecological tourism and nature, in Buenos Aires we will also find a series of parks and natural attractions ideal to enjoy our trip. Among them: The zoo of Buenos Aires, which has more than 2,500 animals and receives more than three million visits a year, Los Bosques y Lagos de Palermo, called the lung of Buenos Aires for having an extension of more than 700 hectares ; The Botanical Garden, declared a National Historic Landmark this green space is located in Palermo.

If we are looking for cultural tourism, nothing like walking along Corrientes Street since it houses a large number of treatros and bookstores; also, . Finally, we can finish the afternoon or evening by walking along Florida Street or shopping in Pacific Galleries.

The city of Buenos Aires is one of the most popular in Latin America in gay tourism. The society is, for the most part, tolerant and respectful and we will find many restaurants, bars, discos, travel agencies, etc., oriented to make the stay of every gay tourist enjoyable. Even, currently, gay couples can get married in this country without being residents.