Bullfighting parties are one of the most popular classic icons of the Spanish kingdom, the architect of representation throughout the world, and one of the best places to celebrate this commemoration is to enjoy the Bulls in Malaga. 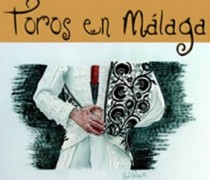 So during the last summer season, the inhabitants and thousands of tourists meet in the main rounds to participate in these meetings between the man and the bull. Tradition that dates from ancient times, when in the twelfth century, ancient Spain gave way to these types of shows that sought the entertainment of high castes.

This is such an important event in the tradition and history of Malaga, that every aspect that involves its development, is carefully contemplated, from the birth of the bull, through the preparation of the clothing of its tamers, until the twilight of its celebration.