Madrid It is one of the least simple regions to do bungee jumping. However, there are very beautiful places where you can practice this sport. There we have Santa Maria de la Alameda Y Lleida. In addition, several companies organize this type of departures. 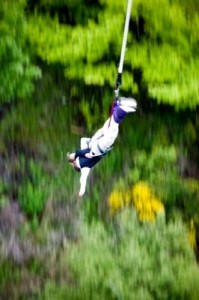 The best known is the bridge over the Cofio river. 71 kilometers from Madrid, in Santa María de la Alameda, is the Comarcal 205 bridge, suitable for bungee jumping. In LleidaThere are several bridges that cross the Noguera Pallaresa River.
The prices for the baptism jump generally range between 20 euros and successive between 6 and 10 euros. 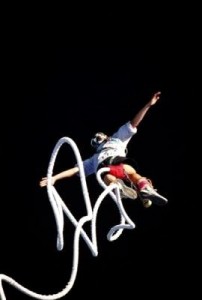 However, the history of bungee jumping in Madrid, also covers the tragedy. A young man who was on the Noguera Pallaresa RiverIn 1989, he suffered a damage with his harness and fell into the river. He managed to swim a few meters against the current, but died drowned. The case has not been clarified. Many believe it was the young man’s mistake. 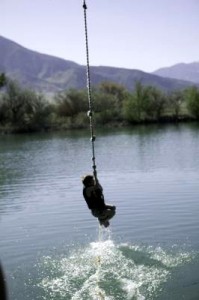 Thirteen years later, another young man jumped on him Cofio river and his rope broke. For several years he stopped practicing bungee jumping in Madrid and no company organized more events. It is currently forbidden to make jumps on the roads of Spain, unless they have a special permit. 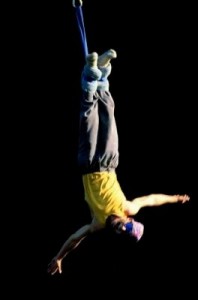 Bungee jumping in the mountains of Madrid.