Helmut kiene, the first who dared to tie a rope to his feet and jump from a bridge, did not imagine that his jump would cause so much emotion in the whole world. They were seventies. 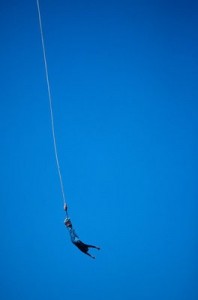 His jump was made between two bridges separated by 50 meters. For this, he developed the pendulum technique which consisted of tying a rope at the opposite end of the bridge it wanted to reach. At the moment of jumping he created a pendular movement. 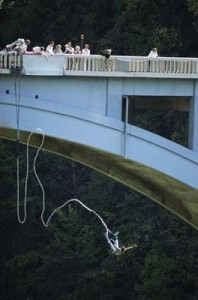 Now there are different jump modes such as Goming, which is also a pendular movement but with a rigid rope. This has allowed the evolution of the use of elastic materials, which allow higher and longer jumps that provide greater security. 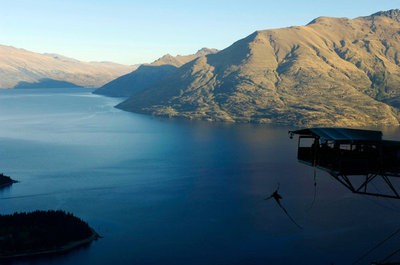 The difference is that in the Bungee jumping is completely vertical and with elastic rope. Another modality of the free fall is the reverse bungee jumping, in which the adventurer does not start from above, but from below. When you reach the top, it comes off and opens a parachute. Something even more extreme.