The bus in Bilbao —Or better known as Bilbobus– connects the entire city, even going to the farthest neighborhoods with its service minibus. It is part of a large transport network operated by the Basque Government and the Vizcaya County Council that includes the meter and the trolley car. 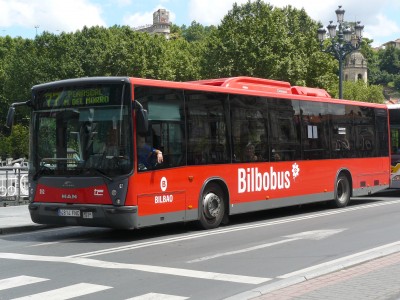 The bilbobuses they are easily recognizable for being red, with the name “Bilbobus“In large white letters, and the” B “- distinctive of the Bilbao City Hall– at the doors. The fleet consists of 144 vehicles distributed in 46 lines. These are divided into daytime, special and night service.

The price of the banknotes Occasionally it is 1.20 euros and they are bought from the driver. Cheaper is to buy the Creditrans card – which is sold at metro and tram stops and kiosks for values ​​of 5, 10 or 15 euros – as it applies discounts on the price of the ticket, lowering it to 0.57 euros. Over 65 and large families also have discount cards: the Gizatrans and the Hirukotrans, respectively. 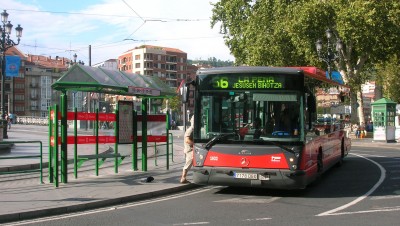 The daytime service has 28 lines conventional and 7 lines from minibus, which communicate the city with the outskirts, and circulate through narrow streets. Most conventional lines operate with a frequency of between 15 and 12 minutes. On the other hand, the minibus lines between 60 and 30 minutes. The Schedule depend on each line, but the beginning of service is set between 6 and 7 in the morning. The last bus departs between 22:00 and 23:00.

The night lines (also called “Gautxori“) Circulate every half hour during the nights of Friday (until 02: 00-02: 30) and Saturday (all night). All the lines of Gautxori Support payment only through Creditrans or Gizatrans. 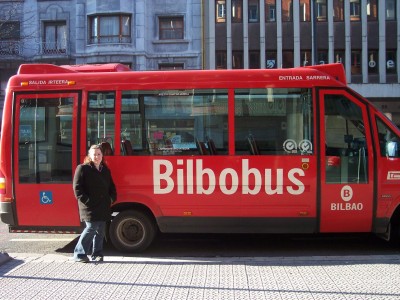 The special lines are used for specific events such as the event of Akelarre de Archanda (services every 10 to 15 minutes), the parties of Big week (services in all neighborhoods and even night buses every day that lasts the holidays) and when there are football matches beyond 22:00 (the operation of the lines 26, 38, 56, 62 and 80). The first two require payment with Creditrans and its variables.