The Cádiz Museum is in the Mina Square, In the city center. There, in a neoclassical building that belonged to San Francisco convent, the old museums of Fine arts and of Archeology in the year 1970. 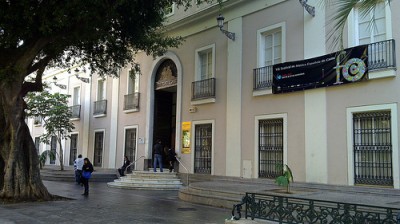 Its distribution in three perfectly differentiated floors walk us through the best of museum funds.

It has eight rooms dedicated to Prehistory, Colonizations, Roman times, medieval times, modern and contemporary and Fine Arts Courtyard. The funds in this section come almost exclusively from Phoenician and Roman excavations of the city and province and from wrecks of the Cadiz coast. Among its greatest treasures are two anthropomorphic Phoenician sarcophagi of the 5th century BC. corresponding to a couple.

A room dedicated to the Numismatic Cabinet, four rooms dedicated to painting from the 16th to 18th centuries and two rooms for the 19th and 20th centuries. It is one of the most important art galleries in Spain with important works of Spanish and European baroque and, in particular, a monographic hall of Zurbarán’s work. Funds that come from the church and state collections and legacies of individuals. 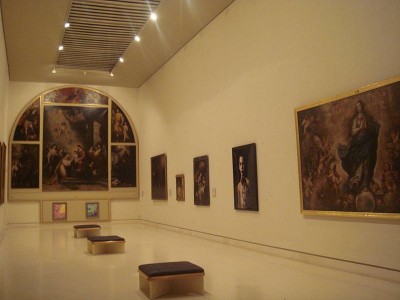 He exhibits paintings by contemporary masters such as Miró and Rafael Alberti’s collection of drawings. It also includes the “Aunt Norica Puppet Theater”, a show from Cádiz that reflects an interesting ethnographic study through the traditional gaditan puppets of the 19th-20th centuries.