The nerve center of Venice, the Piazza San Marco, full of traditional cafes houses the Florian coffee, under the porches of the Procuratie Nuove. A symbol of the city, its oldest café. The favorite of Proust, Twain or Balzac and many others, because it is the site of political-cultural gathering of intellectuals of each era. 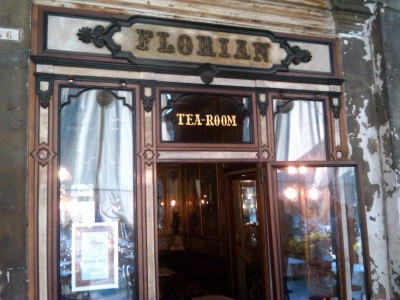 It was founded in 1720, in the same place where the first coffee shop in the city operated a century earlier. Its owner, Floriano Francescani, called it “Alla Venezia Trionfante”. But his clients told him the "Florian". He is proud to have been the first place that allowed the entry of women. 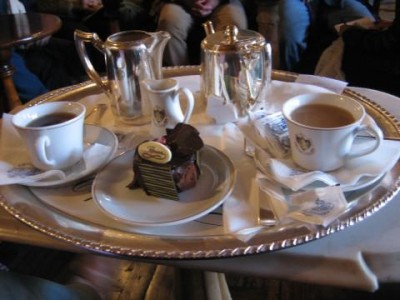 It is a place of real luxury, where having a coffee costs € 6. All prices are very high, but surely it is worth going at least once in a lifetime to enjoy in their small private rooms. 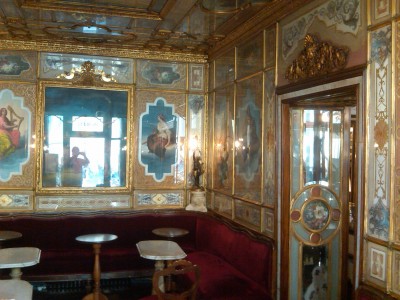 On summer evenings from April to October, he takes out his tables outdoors. The show on the terrace, with the “orchestrine”Playing ageless tunes in the moonlight, Henry James already described in "Aspern's papers": "… on a summer night, under the stars … like an outdoor lounge dedicated to refreshing drinks." 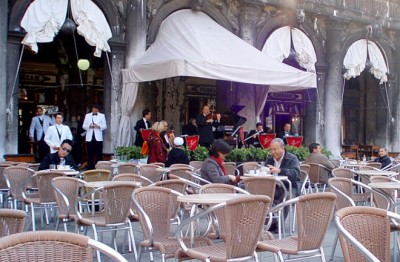 It opens from 9 to 23 hours, and usually organizes cultural events, especially contemporary art.