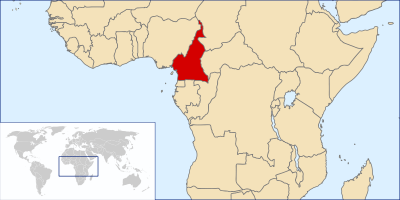 Its varied relief can be divided into Four regions The southern one is formed by a forest plateau with a height of 300 meters. The central part is occupied by a plateau demil meters high. Then there is the northern end, in which the savannah descends to the lake chad. Finally, the western part has mountains, which are 4,000 meters high with the Mount Cameroon, The highest point in the country. 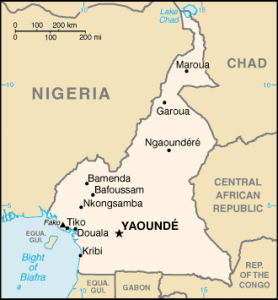 The main rivers from Cameroon are the Nyong, the Sanaga, the Beneu, the Chato and the Wouri. The country has a tropical climate but differentiated in each zone. Temperatures are more extreme in the north, where there is a rainy season from June to October. The southern part is of a more stable climate and the rains go from March to October. In the capital the temperatures oscillate between 14 degrees and 36, and according to the region the rains vary. 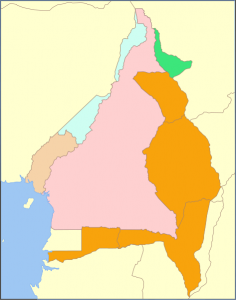