The carnivals They are different everywhere in the world. Dance and color are characteristic, but in Lima, carnivals are celebrated with lots of water and even with flour, paint, and everything we can think of.

In the month of February it is stipulated that boys and girls play wet by throwing themselves water balloons on the street. Even, sometimes you get to throw buckets with water. Also, the little ones use water guns to wet the rest.

This is especially refreshing because summer, although it does not reach the temperature of other countries, it borders about 18 or 30 degrees that are enough for Limans to feel an overwhelming heat. 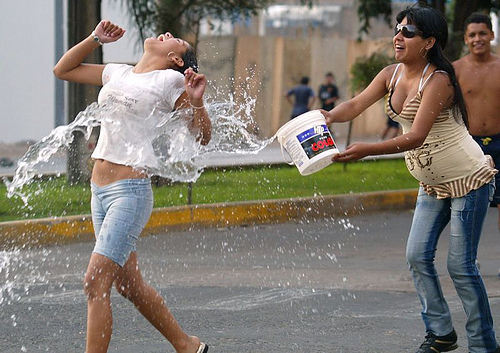 However, it is necessary to clarify that these games are more popular among young people, because adults do not participate actively. It can even be annoying for people who go to work and who suddenly receive a few liters of water on their clothes.

That is why it is preferred to play carnivals only on weekends. That way you avoid discomfort. A few years ago the games with water were much more massive, but now they are not so much, partly because of the water deficit that it presents Lime in some areas, which has led some mayors to ban these carnival games. 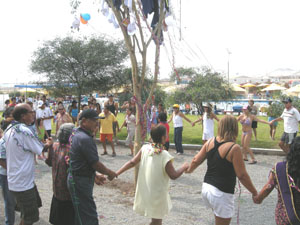 In the most populous districts they usually celebrate yunzas (celebrations native to the Peruvian highlands, where everyone dances around a tree full of gifts and eats and drinks in large quantities). In the yunza you play who can knock down the tree, being the person who achieves it who will have to be the godfather of the activity the following year, that is, you will have to rent the premises, buy the gifts and take care that there is no lack of food and spirits to toast.