Known as Carbonell House, is one of the best known buildings in the city of Alicante. Located at number 1 of the Esplanade of Spain, Front of Plaza del Mar and of Port, its silhouette is one of the most striking of the maritime facade. 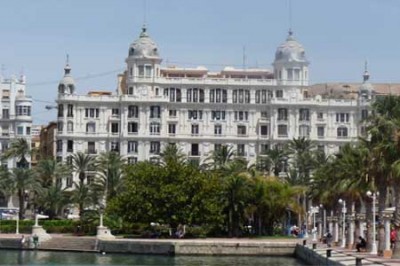 Designed by architect Vidal Ramos in the year 1925, at the request of Don Enrique Carbonell, represents an example of the aspirations of the bourgeoisie of the early twentieth century. It occupies the plot where the market used to rise. 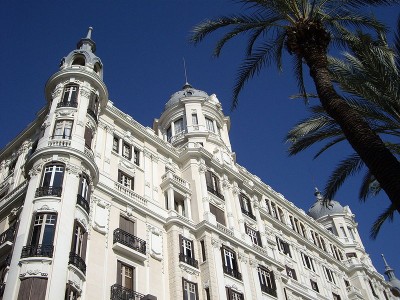 In its main facade, symmetrical and with viewpoints at its ends, the rooms and rooms converge and in the back the domestic rooms are located. All made with noble materials, in 880 square meters that capture the attention of those who walk through the Esplanade. 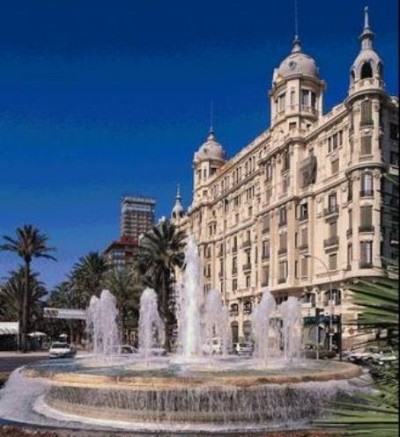 Legend has it that the Alcoellian businessman Carbonell, enriched by exporting his products during the First World War. He traveled continuously to the capital and was determined to spend long periods there, but one of his trips was complicated and he arrived in Alicante with his dirty clothes. Determined to rest he went to the luxurious Hotel Palas, in front of the Plaza del Mar, where, due to its appearance, it was denied accommodation. To take revenge for the affront, he financed a building that eclipsed the hotel, just opposite. In a short time he saw him standing. 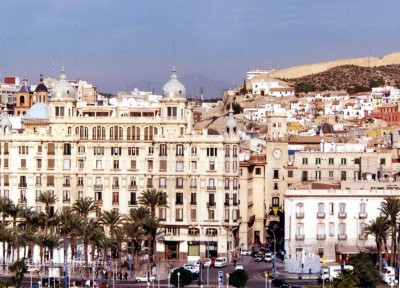 What Don Enrique did not count on is that his revenge would go so far. Today Casa Carbonell houses private homes and is photographed until tired. Next to it you can see the ruins of the Hotel Palas.