The Castle of San Sebastián de Cádiz, is located on a small island at one end of the La Caleta Beach, facing the Santa Catalina Castle. Is declared Well of Cultural Interest. It is accessed through a boardwalk. From its location it protected the north front of the city. 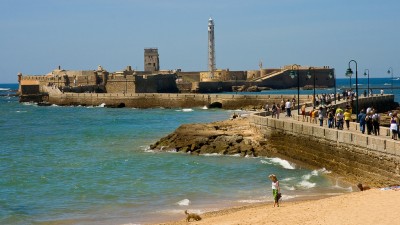 Its origins date back to very old, as the legend tells that the temple of Kronos was here. Later there was a Muslim tower-watchtower and in the Middle Ages the hermitage in honor of San Sebastián. At the end of the 16th century, the tower was rebuilt to provide lighthouse service and assembling it with artillery. At the beginning of the 18th century the castle was built, which was equipped with defense weapons of the bay. In the 19th century, the boardwalk was finally built to give access from the peninsula. 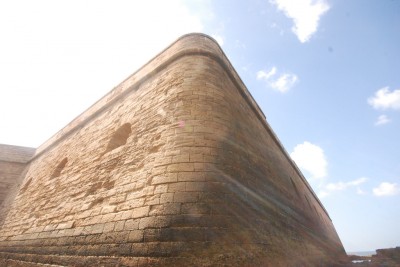 It is a construction with defense bastions, with parapets, gunships, two trenches and two drawbridges. The current lighthouse stands on the second islet, with defense walls and was built in 1908, being the second electric lighthouse in Spain. 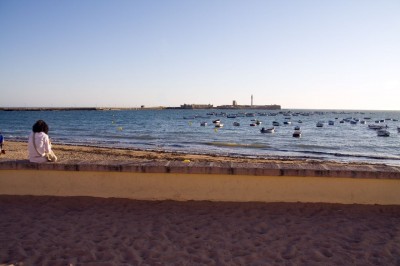