The Plaza de Cataluña is the most central and largest of all Barcelona, ​​it has a land of 5 hectares and forms a junction between the old side of the city and the so-called widening where very important roads such as the Rambla or the Paseo de Grace. 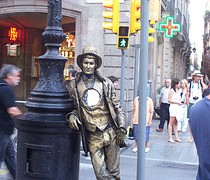 The history of this square begins the day when the city walls were demolished, it was when the expansion began to be built there was when an architect of that time (1859) entered the plan of Rovira, which proposed the construction of a Square between the old and the new side. All this comes because the square was always used as a local market and now continues to function as a shopping center and tourist area. 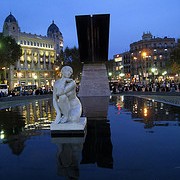 But it was until 1889 that the town hall asked to begin building the famous square, this year Pere Falqués won the contest of the Universal Exhibition of 1888-89 when it was already called the Plaza de Cataluña, this square stands out for the fabulous collection of sculptures in her as the goddess of Josep Clará, Pastor Pablo Gargallo and other monuments dedicated to people like Fransesc Marciá. 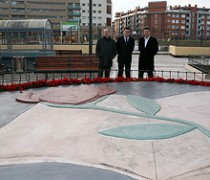