The Lima cathedral It is one of the jewels of that Peruvian city. Its architecture, history and ornaments make it a tourist spot by excellence. 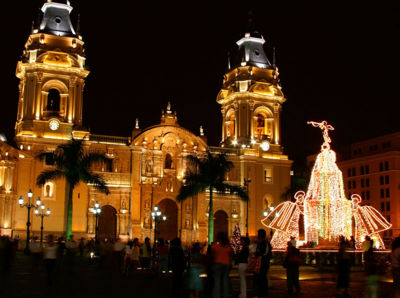 It began to be built in 1535, that is, in the same year that the Spanish conquerors arrived in Peruvian lands. The first advances were inaugurated in the year 1604, although then they had serious damages due to the earthquake of 1609. Finally the work was completed in 1622. That is, it took almost a hundred years to build it.

The Lima cathedral has various architectural styles ranging from the Renaissance to the neoclassical. This place has a rectangular floor plan similar to that of the Seville Cathedral in Spain. The roof is held with gothic vaults. 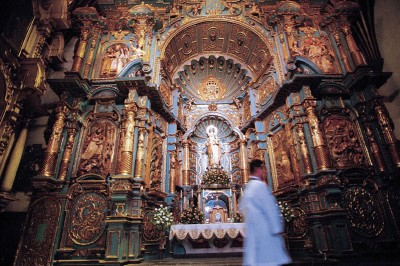 A very significant event held every year in the Cathedral is the Te deum, it is done every July 28 after the presidential address.

The Te Deum is made in gratitude to the freedom that the nation achieved with independence and, the main political and military authorities of the country come. 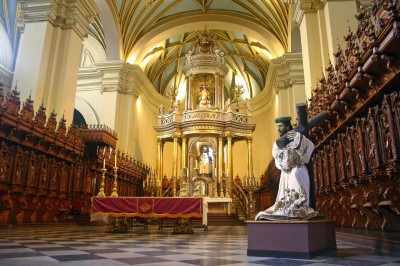 In addition, if we want to learn more about the religion and history of Peru, we can visit the Museum of Religious Art of the Basilica Cathedral of Lima. For this we can take a tour that includes visiting the museum, the Cathedral, the tomb of Francisco Pizarro, and others. 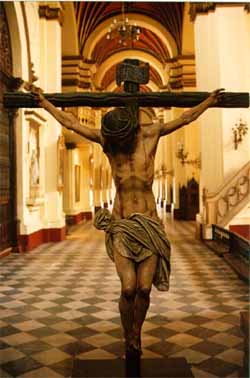 The opening hours in the Museum of Religious Art It is Monday through Friday from 9am to 5pm and Saturdays from 10am to 1pm. Before entering we must pay an entrance fee of 2.5 euros per adult and 50 cents per child.