The Cathedral of Sevilla It was built in the early fifteenth century on a large Almohad mosque of the twelfth century, of which the Courtyard of the Orange trees and the Giralda, its bell tower. It holds the title of Magna Hispalensis and is declared a World Heritage Site by UNESCO. It is the third cathedral in the world for its size and the largest existing Gothic building. 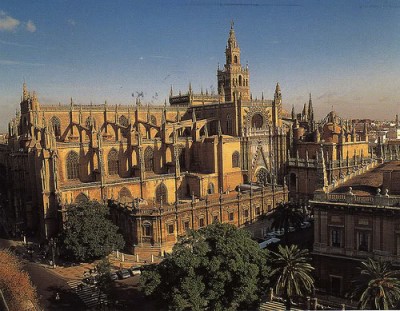 The cathedral is the owner of a vast and valuable historical-artistic heritage that we can admire in its 25 chapels, courtyards, sacristies, archives and libraries, among which the Colombian Library in the Patio de los Naranjos. 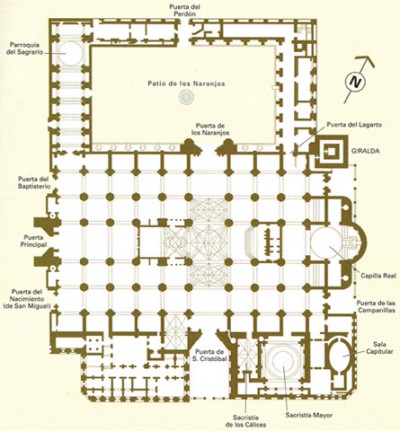 In the High altar is the main altarpiece measuring 27 by 18 meters and is one of the largest in the world. Works by Murillo and Goya.

In an urn, in the Royal chapel is the mummified body of Ferdinand III the Saint, patron of the city. In the Monument to Columbus rest of the discoverer’s rest. 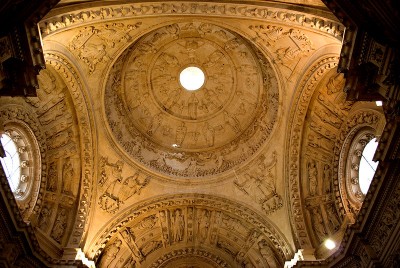