The Cervantes National Theater is in the downtown Buenos Aires, on Córdoba Avenue and Libertad Street. Is he only National Theater that Argentina has and was declared National Historic-Artistic Monument.

It was built on the initiative of the marriage of Spanish actors María Guerrero and Fernando Díaz de Mendoza, who pledged their personal fortune to realize their dream, getting involved Alfonso XIII, then King of Spain, and wealthy Buenos Aires.

The work, designed in Spanish Baroque style, by architect Aranda and Repetto, was supervised by María Guerrero. The Cervantes façade reproduces that of the University of Alcalá de Henares. For its construction materials and decoration elements were imported from Spain. 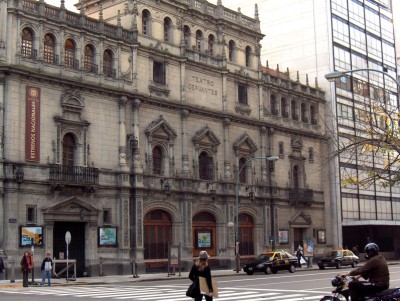 The theater was opened in 1921 with “La dama boba” by Lope de Vega, played by María Guerrero. After being destroyed by a fire, it was rebuilt and reopened in 1968.

In 1926 the theater was purchased by the Argentine Government for the National Theater of Comedy. It currently has three rooms. The María Guerrero Room, of Italian design and with capacity for 860 spectators, the Orestes Caviglia Room, of 150 seats in semicircle, and the Luisa Vehil Room, known as Golden Hall, with a capacity of 120 seats and for multiple uses. In addition, the Tratro Cervantes works on National Institute of Theater Studies, a Museum, Theater Archive and one library specialized. 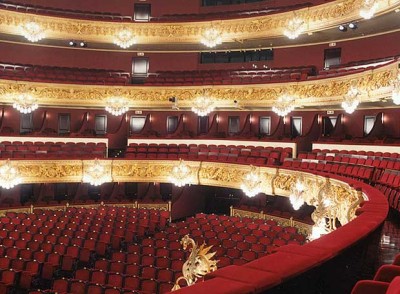 It is worth doing the guided tour with the theater show “Hidalgo Caballero shows you the Cervantes” To know its history.