The Chapels of the Medici they are part of the monumental complex of the Basilica of San Lorenzo, official Medici church. They serve as mausoleum for the youngest members of the dynasty. The entrance is by the Madonna degli Aldobrandini Square, 6, from the center of Florence. 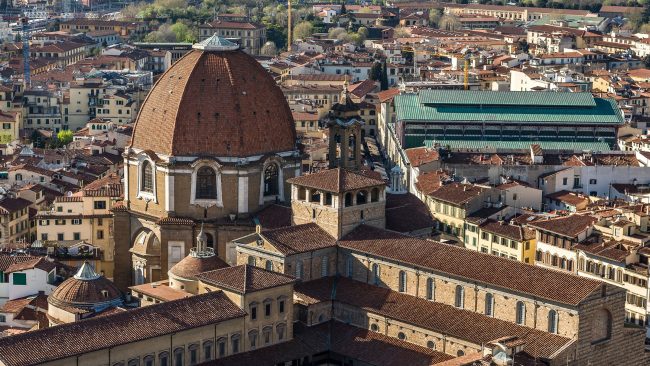 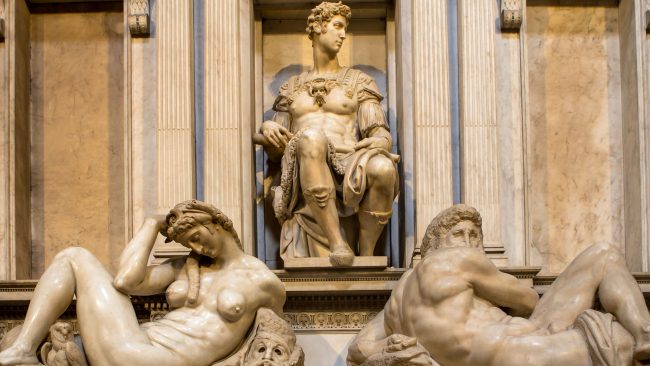 The Chapel of the Princes It has an octagonal floor covered by a monumental dome and its rich marble walls are covered with semiprecious stones. The Grand Dukes Fernando II, Cosme II, Fernando I, Cosme I, Francisco I and Cosme III are buried in monumental sarcophagi of Egyptian granite, green jasper of Corsica and eastern granite. The place is chaired by an altar of hard stones made in the “Opificio delle Pietre Dure”. 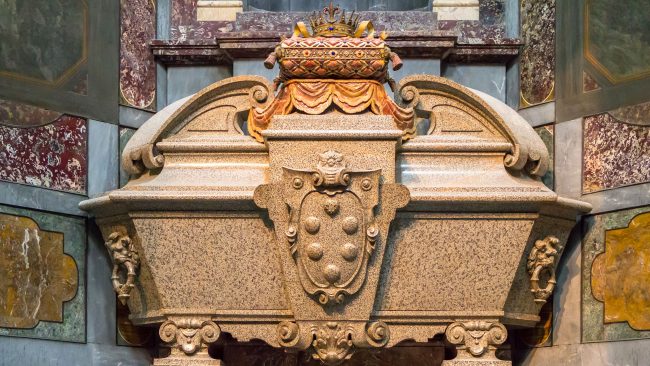 In the Treasure Chapel the valuable pieces of goldsmiths of the seventeenth and eighteenth centuries and relics of several saints are kept.

The New Sacristy It is the most interesting space. Designed by Michelangelo, it makes a theatrical treatment of death. House the Lorenzo’s grave, Duke of Urbino, with the figures of Twilight and the Aurora. Opposite is the Giuliano’s Tomb, Duke of Nemours, with the allegories of Day and night. It also highlights The Virgin with the Child made by Michelangelo. 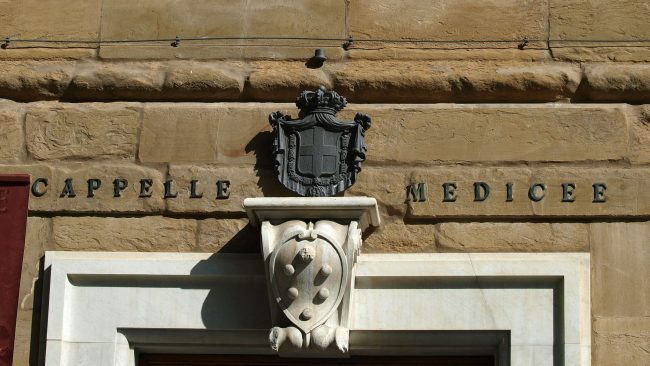