Malnutrition has affected more than one hundred and forty-six million children on the planet, taking children under five as the main victims, who, as in the case of Africa, reach the world with a lower than normal weight. 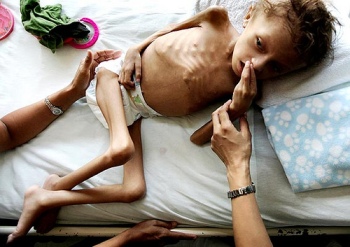 The poor ability of children to respond to external hazards, whether social, or internal hazards such as diseases, is further affected by poor state policies for the benefit of an equally fair diet for all.

According to studies of UNICEF, 27% of the child population (around 146 million children are malnourished), an incidence that makes the very serious problem of child malnutrition visible. 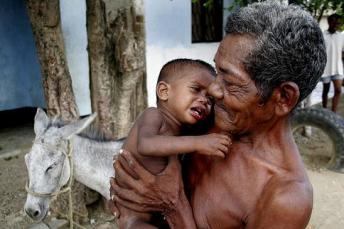 Children do not have vitamins and minerals necessary for good health such as iodine, vitamin A and iron, lose the battle against others serious diseases native to the areas where they live.

The most affected countries in the world are those belonging to third world regions such as Latin America (with a high percentage in Bolivia, Ecuador and Honduras.

The child population in Africa It is also one of the biggest affected by systematic problems concerning population growth, constant droughts and the development of HIV-AIDS.