Canadians have original customs to celebrate Christmas and the New Year. In what follows, we inform you when and where they take place. In addition, we talk about the importance and characteristics of decoration on these dates.

On December 24, on the night before Christmas, some open the presents, while there are others who only unwrap one and leave the rest for the next day.

That same night comes Santa Claus. To celebrate it, various horse rides are made throughout the country. However, the most popular is that of Toronto, which has been held since 1913.

Depending on the area, we find some customs or others. In some provinces, the Eskimo people inuit celebrate these dates on Sinck tuck, a festival where you dance and exchange gifts.

In the small towns of Newfoundland (Newfoundland), between December 26 and January 6, mummers, disguised people, they go house by house making noise and asking for sweets. In Nova Scotia we find similar characters, the Belsnicklers, who are dressed as Santa Claus. 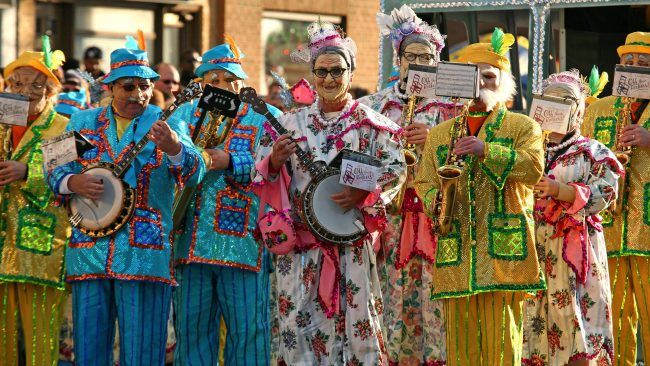 French descendant families prepare a different activity on Christmas Eve. This is a big party called Reveillon, which lasts longer than usual in the country.

One of the most listened to albums at this time is that of Michael Bublé, a famous Canadian-born singer who in 2011 released an album called Christmas. In it he versions Christmas carols and Christmas songs. In addition, the NBA matches are not missing on television, which are followed by many of the Canadians.

In 2011, the initiative of a Canadian airline: WestKet was very commented. This one decided give away to their customers what they most wanted. You can watch it in the following subtitled video:

In Canada two languages ​​are spoken and each one is practiced in an area of ​​the country. Therefore, to say "Merry Christmas" it is possible to do it in English (Merry Christmas) or in French (joyeux Noël).

The natural Canadian Christmas tree crosses borders, since almost every year they are exported two million of copies to more than 25 different countries. The provinces in which the greatest number is produced are the following: 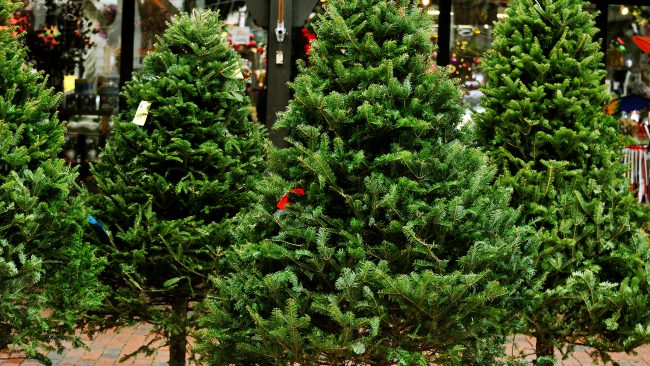 In Nova Scotia, pine and fir trees stand out. The largest is sent every year to Boston, United States, as a way of thanks for the help received in the Halifax Explosion disaster in 1917.

The first time a Christmas tree was mounted in North America was in 1781 in Sorel, Quebec. The first illuminated in Canada was placed in Westmount, Quebec, in 1890.

In the houses, trees are decorated with lights, garlands and pendants. In addition to these, you can not miss the socks hung in the fireplace and the crafts made by children. In Quebec, figures representing the Birth of Jesus are also placed.

In Labrador City, Newfoundland, between the houses of the neighborhoods a competition of Christmas lights. The result becomes impressive, as we can see in this photo: 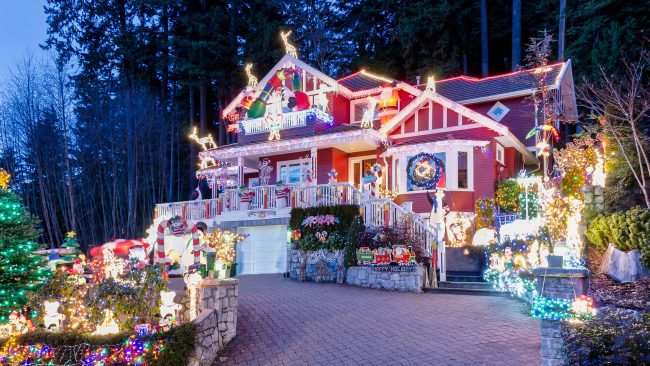 Not only in the houses, but the Christmas decoration also reaches the streets, as well as some public places, such as the Vancouver Botanical Garden, in which a light show is made.

During these days, children like to play with crackers, cardboard tubes wrapped in glossy paper. To open one, two people pull at the same time from each end. He cracker It breaks and inside comes a gift. 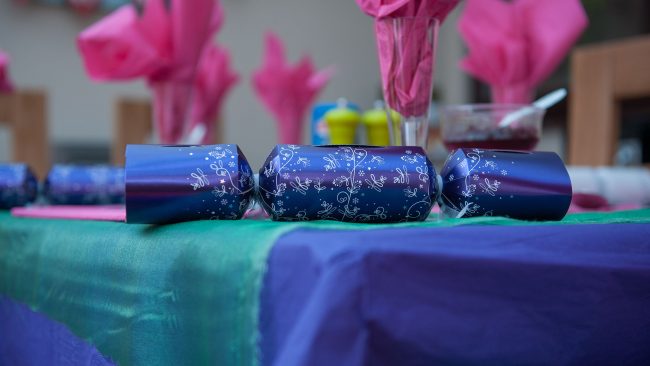 The quintessential dish in Canada is baked turkey accompanied by vegetables and potatoes. Although this recipe takes a long time to make, it is the star product of the holidays.

However, this varies depending on the area. In the southwest of Nova Scotia, lobster and shellfish are typical. On the other hand, in Quebec ragout of pork trotters is cooked.

As for dessert, the most typical are the plum pudding and the mince pie. The patisseries make some sweets called Barley Candy and Chicken Bones. 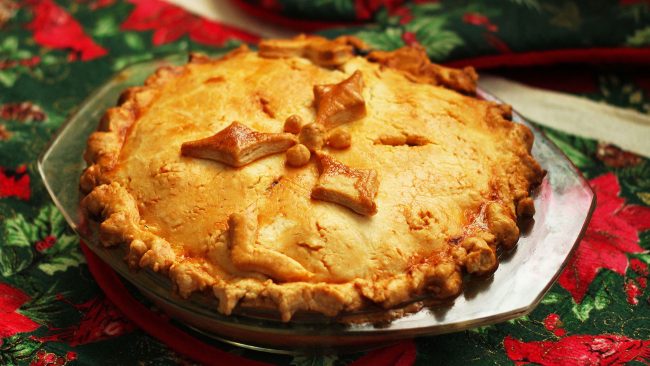 It is also in Quebec where we find on January 6 the Galette des Rois or Roscón de Reyes, a cake that hides a bean. The person who finds it is crowned king or queen. If you want to know more recipes of French origin, we recommend you read the following article: Dishes and desserts typical of French gastronomy.

The typical Christmas and New Year's drink is the eggnog or eggnog. It contains milk and beaten eggs, so it has a creamy texture. You can add some alcoholic beverage such as brandi or bourbon.

In the following image we can see how this drink is usually presented, which can not be missing at Christmas: 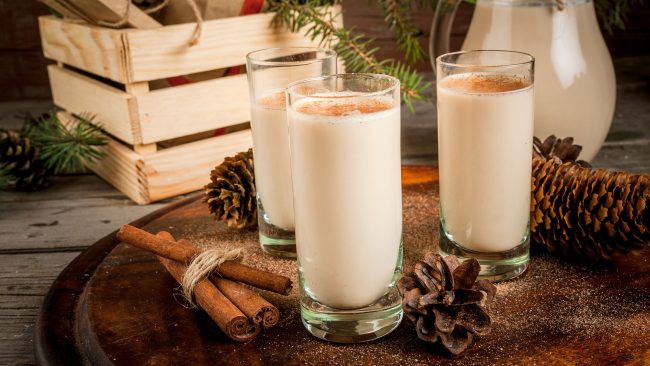 On the night of December 31, New Year's Eve is celebrated. In large cities, parties are organized, both in clubs and private homes. However, in some rural areas, it is typical to go with friends to fishing To a pond or river.

To ward off the negative energy and evils of the past, Canadians tend to clap and roar at midnight. At this time, fireworks begin to fire throughout the country.

When New Year's Day arrives, the bravest ones bathe in the icy water. This act is called Polar Bear Swim. During this day, sports and cultural events are organized. Some people take advantage to practice skiing or snowboard.

There are numerous cities where to spend this date in Canada. In the case of Vancouver, an important festival is held in which numerous events are held, both free and paid.

This article has been shared 101 times.