The Church of Santa María della Salute, known as “La Salute”, Is one of the most important in Venice. It is located in the Campo della Salute, in Dorsoduro, at the entrance of Great channel. 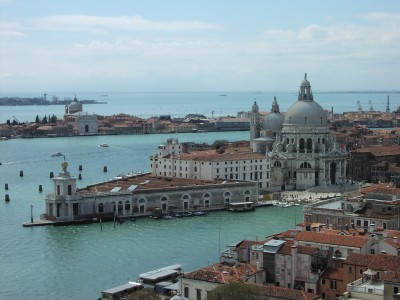 Dedicated to the Virgin who had been asked for by the end of the plague epidemic that ended with 30 percent of the population. It was designed by Longhena, in the mid-17th century, and its construction took more than 50 years. 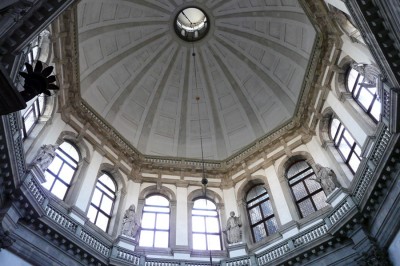 The imposing Gothic temple has a large central octagonal space crowned by a huge dome which has become one of the symbols of the city. It has small chapels around that space. The High Altar is chaired by an image of the Virgin and Child. All its interior decoration is scarce and simple. The frescoes and paintings by prominent painters such as Titian or Tintoretto stand out. From the latter we can highlight “Las Bodas de Caná” found in the Sacristy. 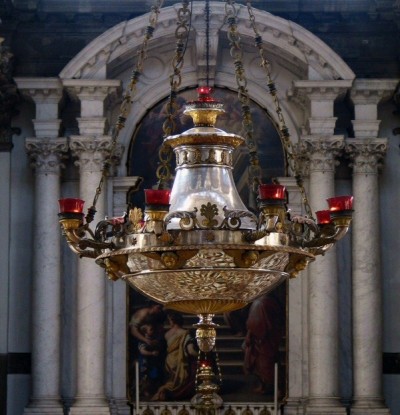 On November 21 a party is celebrated in honor of the Virgin, which is one of the most populous in the city, and the boats form a bridge for the faithful to cross the Grand Canal to get to pray to the church. 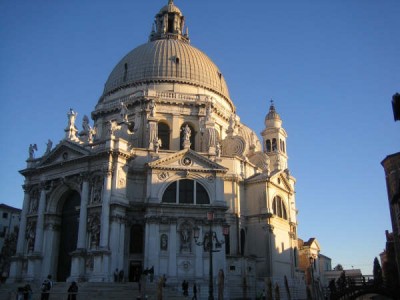