The city of Alicante have arid mediterranean type climate. Its temperatures do not show great differences throughout the year. With a average annual temperature of 18ºC. 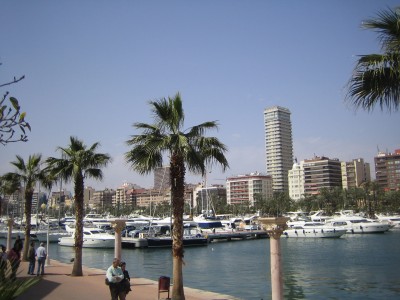 The summers They are hot and very dry with temperatures that rarely exceed 40ºC. The winters they are of very mild temperatures and very few frosts, with an average around 13ºC. The rainfall they are concentrated in the months of September and October, with episodes of “cold drop” that produce floods due to the large amount of water dropped in a very short time. 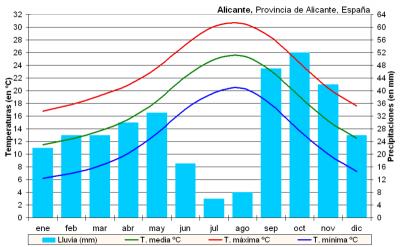 Throughout the year there are more than 2,850 hours of sunshine. Thus, we can say that this is a city with a privileged climate, the favorite of sun addicts, can tan all year. 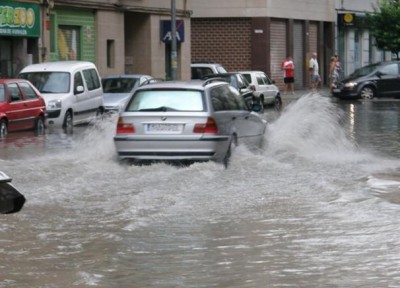