Athens have weather Mediterranean especially hot in summer. It enjoys long hours of solar brightness, with up to 360 hours of sunshine in July. Despite having rainy seasons, the weather it’s much drier than the rest of the Mediterranean. This because the Mount parnitha It serves as an “umbrella.”

Spring (mid-March until the end of May) and autumn (September to mid-November) are considered the perfect seasons to visit. The summers They can be very hot and humid. The average temperature It varies between 23 and 33 ° C. In addition there are heat waves from the south that can raise the temperature to 38 ° C. The winters They are rainy with 65 mm of average rainfall. The temperatures They vary between 7 and 15 ° C. 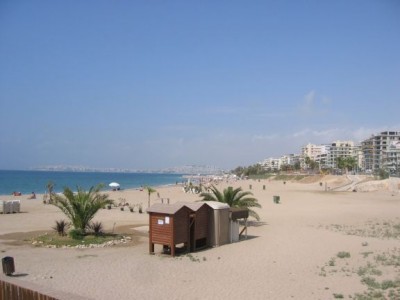 The rain It is common at the end of October and maintains an average of 12 wet days (with more than 0.25mm of rain) until the beginning of April. The snowfall is not the custom, although the city has suffered from snowy conditions for some years (1987, 1992, 2002, 2004, 2008) between the months of January and February.