The weather in the Basque Country, as a result of the Basque mountains, it is divided into different climatic areas.

The valleys from the north, in Biscay, Guipúzcoa and the Ayala Valley in Alava, are part of the call “Green Spain” There he Oceanic climate It is predominant, with constant humidity and moderate temperatures. The average of rainfall It is 1200mm. The autumn It is the rainiest season, November and December are months that tend to be very rainy. Temperatures range between 25 ° C and 14 ° C in the summers, and do not fall below 5ºC in winter. 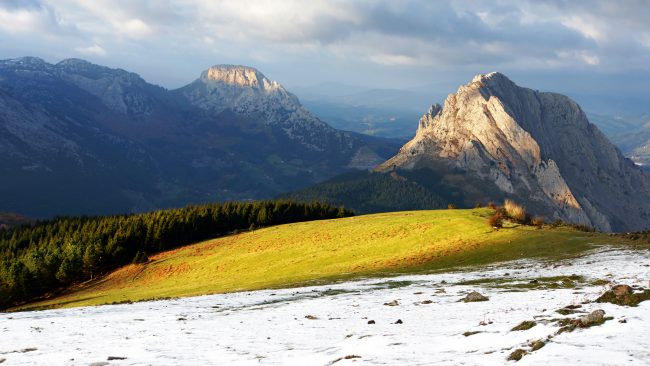 The central and southern areas have a weather continental mediterranean, but still influenced by the northern ocean. This creates summers warm and dry but winters Cold and snowy. The rainfall They are scarce and irregular. They usually reach their peak in spring Y autumn, but the annual average is still low with up to 300mm. During the winters the temperature is around 4ºC, but there are days when it can fall to -9.5ºC. The summers they have an average temperature of 20ºC, with exceptions of up to 35ºC.