The weather of the city of Buenos Aires it is warm wet. In recent years there has been an increase in temperatures due to factors such as the height of buildings and a lot of asphalt. The annual averages are 18ºC, although peaks of 40ºC and 0ºC have been recorded sporadically. 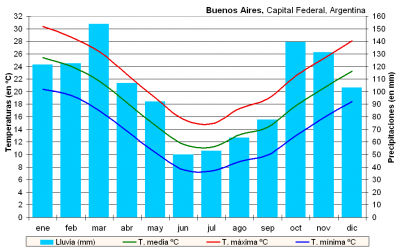 The days of Covered sky they are very frequent in winter, but it rains more in summer, when very intense storms develop and a lot of water falls in a short time. In winters the days of persistent weak drizzle known as “drizzle”. 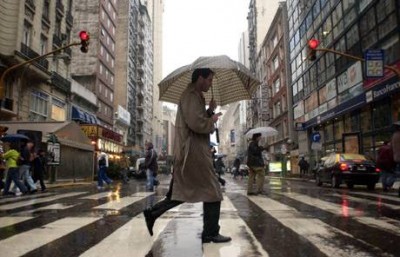 The summers They are warm, with average temperatures of 24.5ºC in January and the high humidity is suffocating. The noon hours are very intense heat, but at night it usually refreshes something.
The winters They are mild, with average temperatures of 10ºC in July and frequent fogs that cover the city. They are not rainy but the skies are covered many days and the high humidity (up to 95%) increases the sensation of cold. The days are nice but at night the temperature drops a lot. 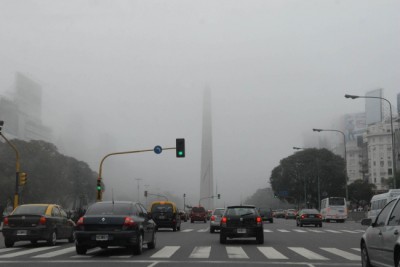 The winds that blow are the Pampero, which arrives from the central pampa, carrying dry air that cools the city, and the Sudestada, especially in Fall and Spring, which provides humidity, rains and floods of the Río de la Plata that can cause flooding. 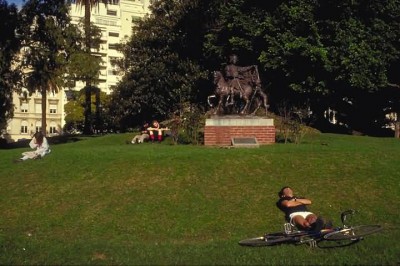 The last years have been registered neviscas Milds that are uncommon and originate from Antarctic polar fronts. Usually hail in late winter and early spring. But the protagonist of the meteorological parts is the humidity, which modifies the thermal sensation, increasing the sensation of extreme temperatures in each season.