Although Iceland It is very close to Arctic Circle, the North Atlantic Current – Hot water mass from Mexico – ensures higher annual temperatures than in countries of similar latitude. Moreover, during the winters the island remains free from freezing. 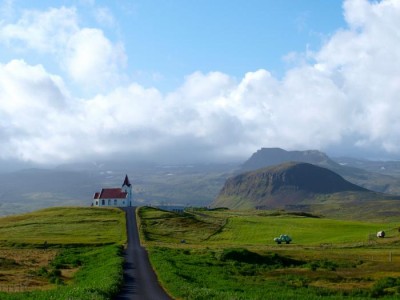 Throughout the island there are climatic variations. The south is warmer, humid and windier than the north. The interior of the country in the north is the most arid zone. The highlands of the center have the coldest weather. The snow in winter it is more common in the north than in the south (there is only 50% chance of falling snow Christmas in the south; while in the north, 70%).

The average temperature of summer in Reykjavik it is between 13 ° C and 8 ° C. In winter It is 2 ° C and -2 ° C. Akureyi, city to the north, is slightly colder. There is a saying in Iceland which says: “If you don’t like the weather, wait fifteen minutes.” Indeed the weather is very variable during the day. Rains and sun at the same time are not strange. 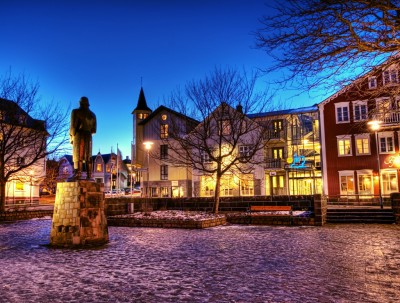 Remember that like all Nordic countries, Iceland has the phenomenon of “Midnight Sun” and “Polar Nights” If you go in summer, wear a sleep mask because you will have 24 hours of sun.