In Lugo the climate is oceanic transition type, a variant of the oceanic climate that differs by presenting an important thermal amplitude, both daily and yearly due to its remoteness with the sea and not receiving its softening effect. So on some occasions, there may be mild snowfall. 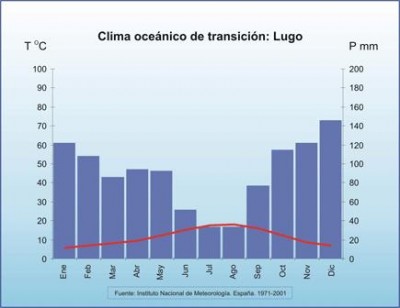 The Average annual temperature It is around 12ºC. The winters They are usually cold, with an average minimum temperature of 6ºC in December-January. The summers they are mild, with averages of 19ºC in the month of August, with July temperatures being only one degree less. 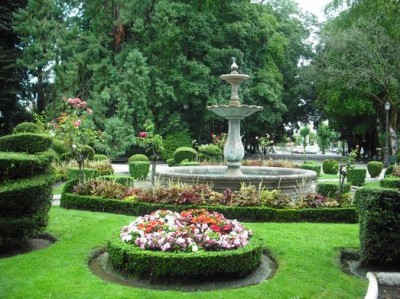 The rainfall Annuals are not as abundant as in the rest of Galicia, and are around 1,000 liters, with maximum averages of 143 mm in the month of December, and minimums in July with 33 mm. The city of Lugo, being in the Miño river valley, has abundant ambient humidity that favors the presence of mists.