Saint Sebastian owns a weather oceanic, characterized by temperatures mild, high relative humidity, frequent cloudiness and rains abundant distributed regularly throughout the year. In fact, it is one of the rainiest cities in Spain. 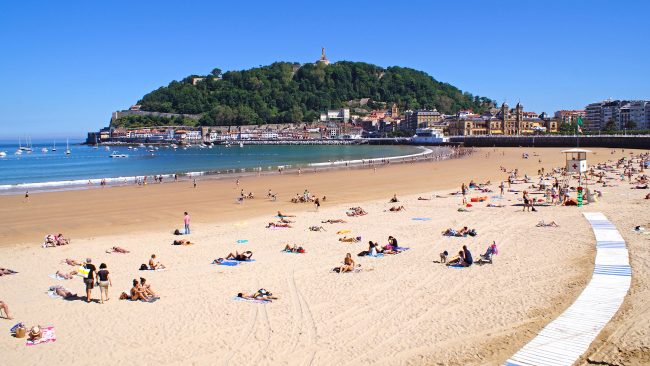 While the temperatures They are mild and temperate (the average is 15 ° C), there are periods where temperatures suffer abrupt increases and decreases. Thus, in the months of June to September, the large amount of humidity (65-70%) causes thermal sensations of much greater heat at the recorded 20ºC. In addition, the days when the south wind blows the temperatures They can reach 37 to 38ºC for a few days and even only hours. This phenomenon is known as «foehn effect“

In winter This phenomenon is also present. So, to have a temperature average of 7.5ºC, this can suddenly reach 20ºC. The reverse case is given to the invasion of cold air from Europe, whose sea route affects this city more than others. Therefore, it is not uncommon to see the La Concha Beach cover of snow and let there be temperatures up to -13 ° C. 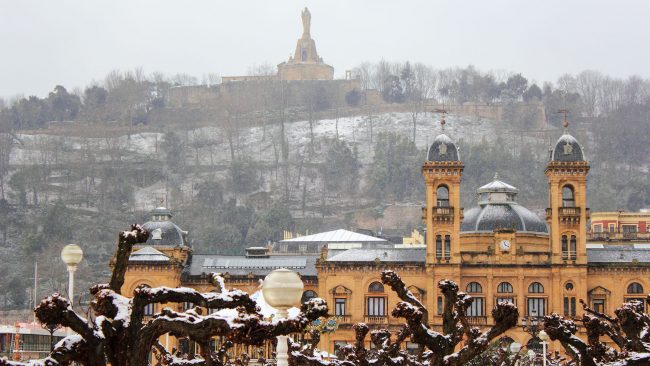 The rains They are abundant in all seasons of the year, especially in autumn. Normally it stays at just over 1,500mm per year. snowfall They are scarce, but not non-existent with at least 1 to 3 days a year, with exceptions of up to 10 days of snow. In turn, the number of frost It usually varies between 5 and 10 days a year.