Stockholm have a weather much more moderate than other cities of its latitude. This due to the Gulf Stream, mass of hot water from Mexico, which regulates the temperature of the countries near the Arctic Circle. 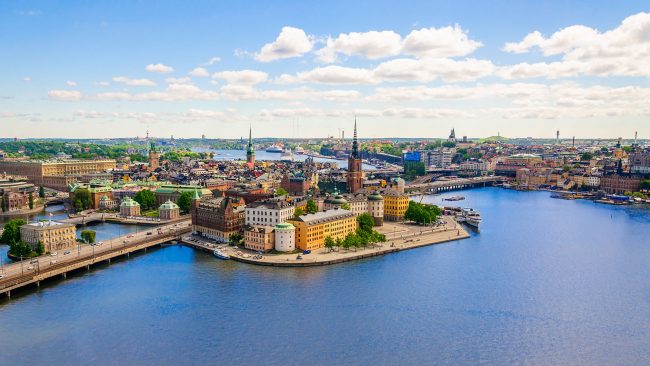 During June, July and August, season of summer, temperatures reach 20 to 25 ° C. This causes the water temperature of its coasts to become warmer and it is possible to go to the beach. The rains They reach their annual zenith in these months with an average of 65 to 80 mm. The longest day is June 21 when the sun rises at 03:31 and goes down at 22:00. In general, it is never completely dark between June and mid-July.

Autumn It arrives around September. The temperature is between 5 and 15 ° C and the landscape is dyed red due to dry leaves.

In recent years, winters in Stockholm They have been accompanied by heavy snowfall. In January and February there may be snowstorms and rains; However, there is always a good share of solar brightness. The shortest days are given in December. The sun does not rise until 08:44 in the morning and disappears by 14:29. Temperatures are between -7 and 2 ° C. 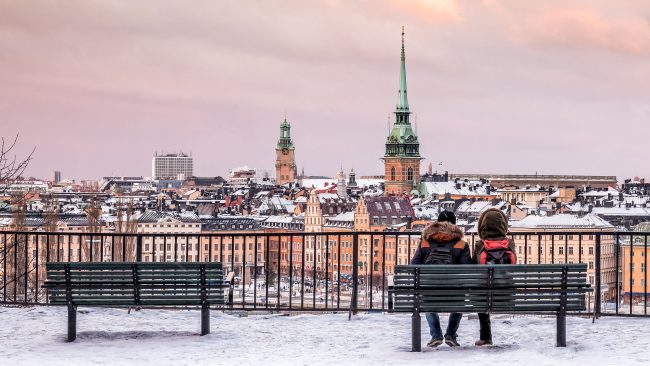 Spring arrives in April. Both birches and the city flourish and outdoor activities are common again. The parks are filled with both Swedes and tourists.