The former Collegiate Church of Santa María, current Co-cathedral of the Diocese of Tui-Vigo, is the most popular temple in Vigo. Located in the historic district of the city, in the The church square, is protected as a Property of Cultural Interest, declared Historic-Artistic Monument. 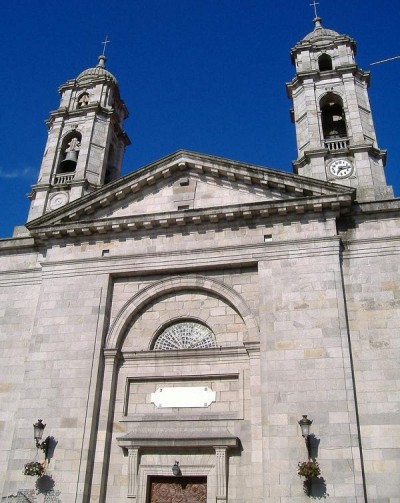 Its long history of destruction and looting begins at the end of the 16th century, when it suffers the attacks of the pirate Francis Drake. He was subsequently attacked and even suffered serious damage when at the beginning of the 19th century he was affected by the explosion of the powder magazine in the castle of San Sebastián. It was then that the decision was made to demolish the temple and commission the architect Melchor de Prado Mariño to design a new one. 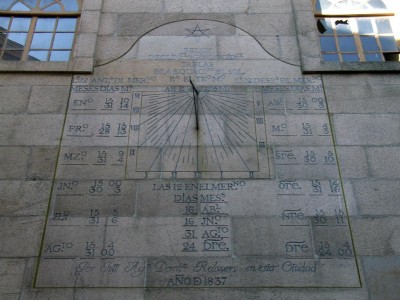 In 1836 the construction of this new construction is completed, which is the example most important of Galician neoclassical architecture. With a three-storey basilica floor covered with a barrel vault. 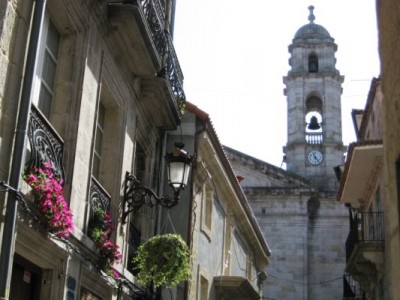 The main facade is very simple and symmetrical ornamentation. It also has two more baroque twin towers on the lateral bodies. Very remarkable is the solar clock that is seen on the facade of the right side, an unusual clock, of declining type, made in 1837.

In the Co-Cathedral, the Christ of the Victory, which enjoys great popularity in Vigo and whose crowd procession It is celebrated on the first Sunday of August.