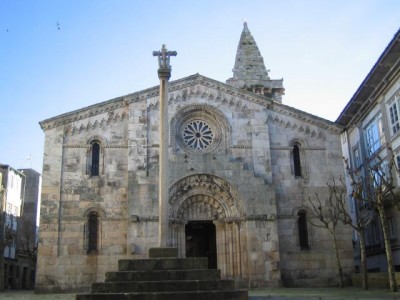 It is located in the Santa Maria Square, preceded by one of the oldest cruises in Galicia. At the time of its construction it was outside the city limits, to which it owes its denomination “del Campo”.
East Historic-Artistic Monument It is included in the Xacobea Route. Dated in the twelfth and twelfth centuries, it was declared a Collegiate Church in 1411. It has works added until the fifteenth century. 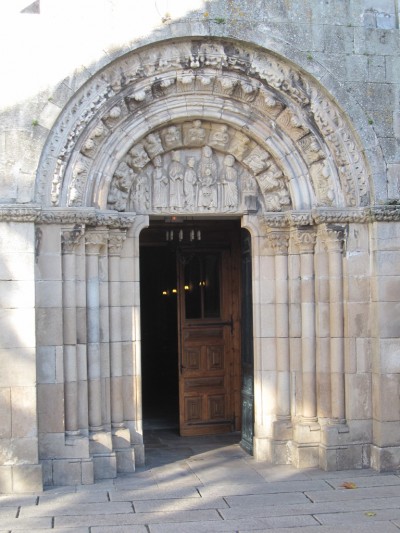 Have three covers, emphasizing the western one with a rosette and the eardrum of the door with a scene of the Epiphany, with interior archivolt where the twelve Apostles appear in radial arrangement. 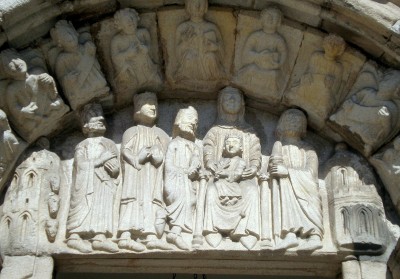 It has three ships without cruise topped in a semicircular apse. The Main Chapel, vestige of the original building, is slightly turned with respect to the rest of the construction. In addition to this, the inclined columns and many other deformations give it some enigmatic air. 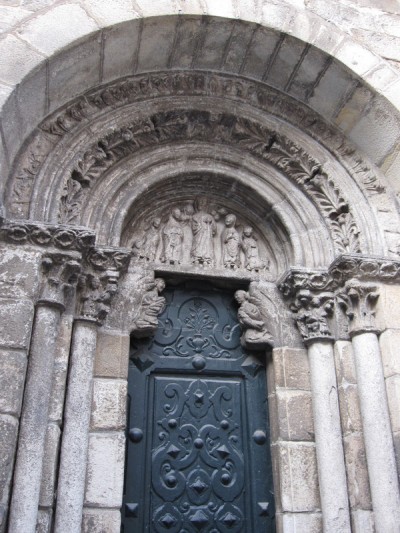 It is a temple of great charm, with simplicity of forms and ornaments that houses the Museum of Sacred Art. It can be visited from Monday to Saturday from 9:30 a.m. to 1 p.m. and from 5 p.m. to 7 p.m. On Sundays it opens from 9 to 13 hours.