The Colon Theater, belonging to the city of Buenos Aires, it’s considered one of the best in the world thanks to its worldwide reference acoustics. On Francesco Tamburini’s initial project, continued by Vittorio Meano and Jules Dormal, it was opened in 1908 with the opera Aida, by Verdi, performed by the Great Italian Lyric Company. 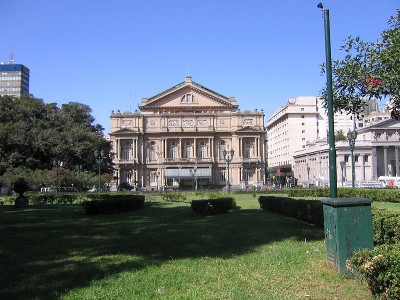 Building of Eclectic style, declared National Historic Landmark. Located in the center of Buenos Aires, between Cerrito, Viamonte, Libertad and Tucumán streets, it occupies 58,000 square meters, replacing the old building of 1857 that was in Plaza de Mayo. his main entrance on Libertad Street, it has a richly decorated hall, topped by a glazed dome. 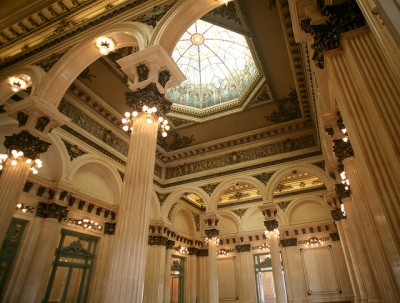 The Main Hall, with a capacity of 2,478 seats and 500 people standing, follow the rules of French and Italian classical theater. Horseshoe-shaped and 28 meters high with boxes to the third floor. Covered by an important dome painted by the Argentine Raúl Soldi. A impressive bronze central spider Illuminates the space with its 600 bulbs.

his stage It has 35 meters of box and 48 meters in height and a rotating disc system of 20 meters in diameter that allows changing the decorations quickly. The pit, suitable for 120 musicians has one of the best acoustics in the world. The productions of the shows he presents are made entirely in own workshops located in the subsoil of the theater. 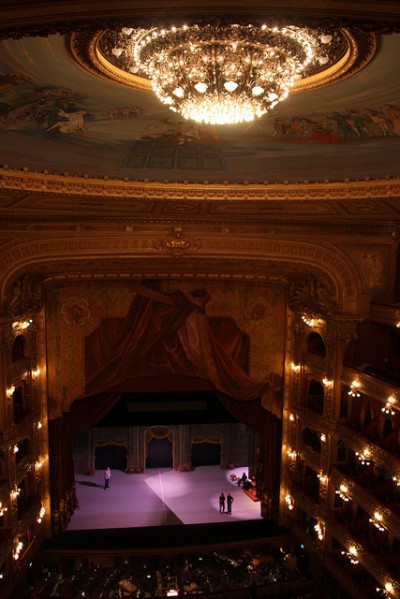 The theater develops teaching through Higher Institute of Argentine Art, which forms artists in dance, song, direction and music. It also houses a Museum It contains more than 160,000 costumes, wigs and shoes made in their workshops, in addition to librettos, sheet music and other elements for performances.

From Monday to Friday, at 11 and 15 hours or on Saturdays at 9, 10, 11 and 12 hours Guided visits which include the Museum, the Hall, the Golden Hall, the White, the Busts Gallery and the Foyer. They last about 50 minutes, the entrance is via Viamonte street and the price It is $ 5 (approximately € 1). 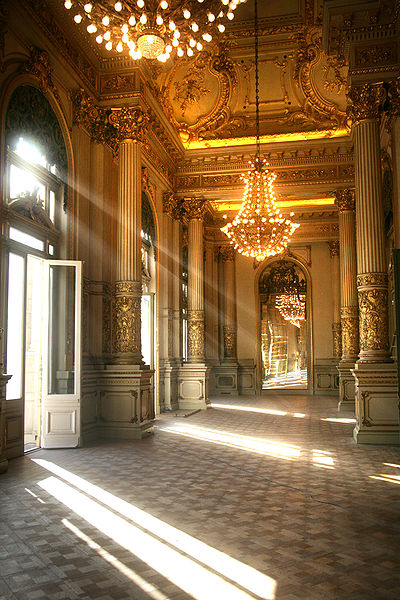 Image author: Government of the City of Buenos Aires