The Monument to the Discovery Faith, familiar and erroneously known as “Monument to Columbus” It is located about 2 kilometers from the city of Huelva, in the place of Punta del SeboAt the confluence of both rivers. It is one of the hallmarks of the city. 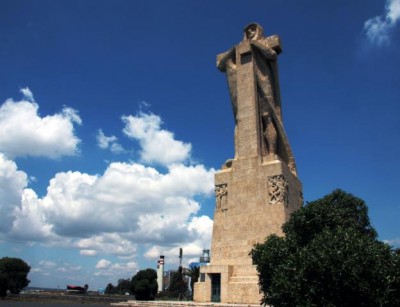 This is a project designed by the American sculptor Gertrude Vanderbilt Whitney, in 1929. It was donated by the “Columbus Memorial Foundation” as a sign of friendship to the nation to undertake the “discoverer epic”. 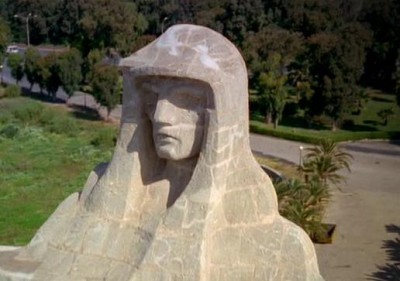 The monument depicts the figure of a Franciscan monk covered by a blanket and leaning on a Tau cross-shaped emblem of this religious order, facing the estuary. Remember and honor the monks of La Rabida Monastery who believed and helped Christopher Columbus in his undertaking that he did discover the New World. 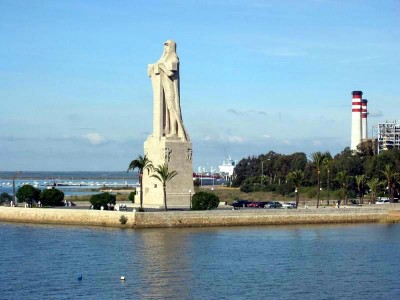 The monument is cubist style, and was built with stones of the town of Niebla. It measures 37 meters high, and its pedestal features symbolic bas-reliefs of the Aztec, Inca, Mayan and Christian cultures. The pedestal is hollow and inside it houses reasons related to the discovery: elements of heraldry, maps, the names of the discoverers and the members of the donor foundation, along with sculptures of the Catholic Monarchs. 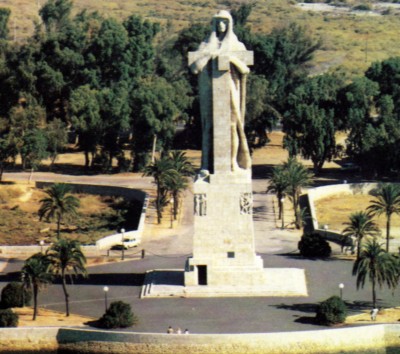