Among the different civilizations, the Egyptian is one of those that has left the greatest legacy to humanity. Throughout its history, they made important advances in fields such as medicine or architecture, as well as great cultural contributions. Some of his inventions are still used today throughout the world.

There are several cultural aspects that the Egyptians developed. One of them was writing, which they left reflected both on the walls and on papyrus sheets. To write, they sharpened the stem of the plant, turning it into a kind of feather.

In order to write the hieroglyphs, they created ink by mixing plant juice with glue and water. If you want to know more about his writing, we recommend you visit this article: Egyptian writing and hieroglyphs: meaning and characteristics.

In addition, some of these writings were sent to people from other geographical points, so they developed a kind of postal service similar to the one we use today.

In the field of philosophy, the most important author was Ptahhotep, who wrote in his work called Ptahhotep Instructions tips for daily life before great philosophers like Confucius or Socrates. 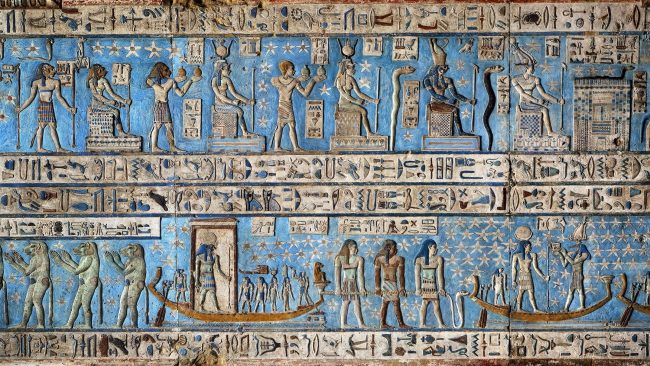 It was a culture interested in historiography, as historians wrote the achievements of the pharaohs as long as they could be known later. An important example is the Rosetta stone.

Within their polytheistic religion, they created several myths and legends to explain some facts such as the creation of the earth or life after death. Some of these stories arrived in Rome and had an important impact on today's religions.

Another of his cultural contributions was the administration of society. The government had ministers, provincial administrators and royal office workers. They had an efficient organization in all aspects. You can know the rest of the peculiarities of this system in the following article: Egyptian civilization: location, organization and characteristics. 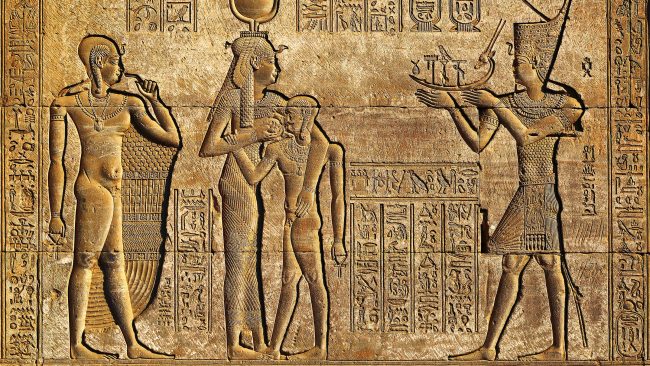 Also, the first strike in history took place in Egypt. It was around the 12th century B.C. when workers demanded from Ramses III an improvement in working conditions. Therefore, they were precursors of the labor movement.

Some of its technological advances were vital for the development of this civilization. For agriculture, which was the basis of the economy, they invented the plow and the hoe. Also, thanks to a mechanism called Shaduf, they carried water from the Nile River to the canals that helped irrigation.

In architecture, they were able to build large pyramids such as that of Cheops, in Giza, which is over 140 meters high and occupies 13 hectares. Each block that forms weighs 2.5 tons. In the following article you have more information about this aspect: Egyptian architecture: characteristics and main examples. 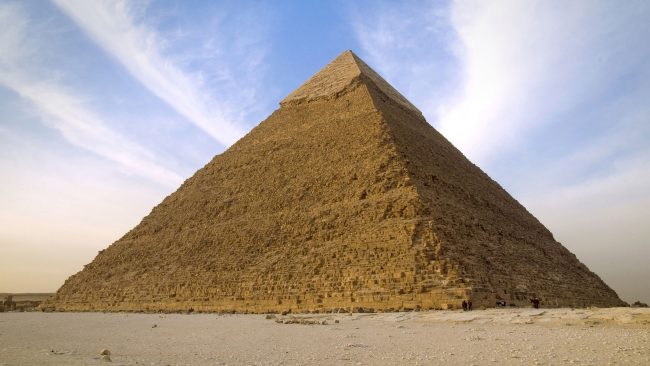 In addition, they made use of the topography, determining the position between different points and the distance between them, information used to create the bases of the pyramids.

In relation to engineering, they made sailboats to carry out commercial transactions with other towns and civilizations. They were the inventors of this means of transport.

As for crafts, they melted copper with tin to make bronze. In addition, they used these materials: 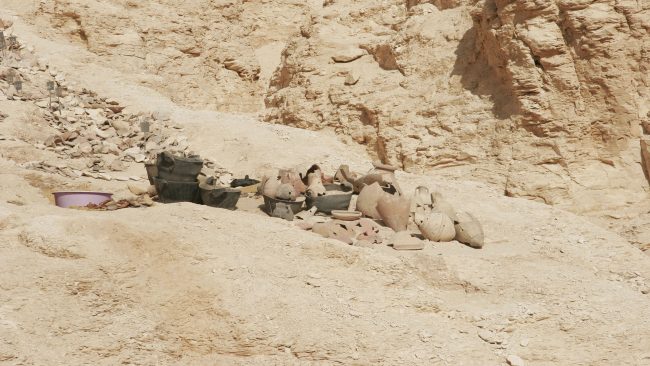 The upper classes of the Egyptian civilization had the custom of putting on makeup and taking care of their physical appearance. The most applied detail was to paint the eye contour.

For them, this gave them the care of the gods Horus and Ra. However, the material they used was a antibacterial that protected them from various eye infections.

They also used wigs. To put them on, men shaved their heads completely. In addition, some oils and perfumes protected them from sunburn. 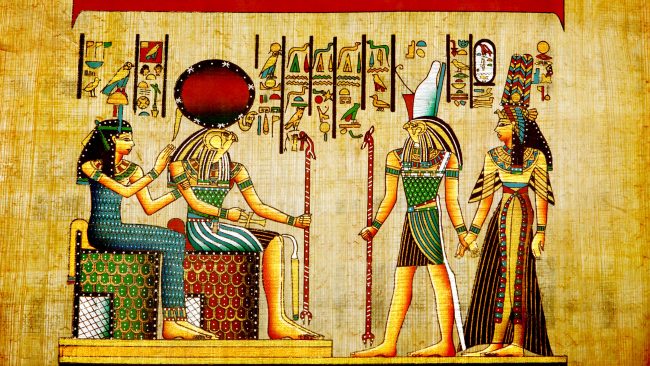 As for the clothing, the clothes were made of linen, a light material perfect for the high temperatures that were reached in this place, since the Egyptians made life outdoors.

The Egyptians developed mathematics at an admirable level. They used addition, subtraction, multiplication and division. They even came to solve second degree equations and square roots.

They also had extensive knowledge of geography and studied shapes such as the triangle, the square, the rectangle, etc.

They applied these disciplines to their great constructions, especially to the pyramids. The oldest mathematical treatise was found in Egypt under the title of Ahmes Papyrus. 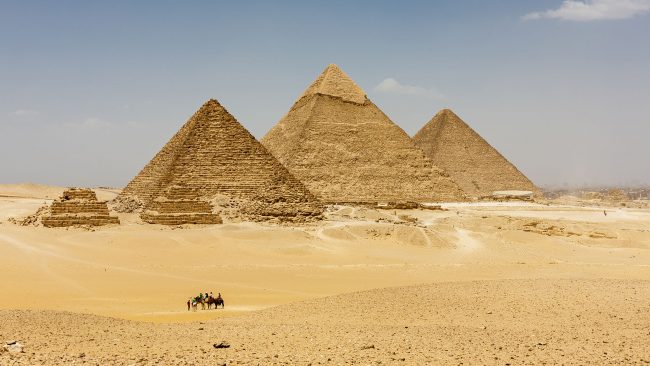 In the medical field, they came to identify different diseases and learn how they were cured. They used some natural ingredients to calm the ailments, such as aloe vera for the skin or peppermint for stomach diseases.

They carried out surgery operations and even performed amputations. To replace the excised limbs, they made prostheses in materials such as wood. In addition, they applied splints and sling to weld broken bones and made dental bridges.

Also, to calm the pain, they applied anesthesia, because they knew the effects of some herbs such as waterlily, cannabis or poppy. In this regard, they were advanced with respect to European civilizations.

Nor should we forget the progress they made in terms of the conservation of bodies through mummification. Due to their knowledge of chemistry, they managed to keep them intact over the years.

Within science, astronomy was one of his favorite disciplines. By observing the sky, they managed to predict lunar and solar eclipses, floods of the Nile, and the movement of the planets, among other aspects.

Thanks to these studies, the Egyptians elaborated the calendar oldest plot that is recorded. In this, one year was divided into 360 days, which were grouped into twelve different months.

Each day formed for 24 hours and was structured in two parts of twelve hours each. At the end of the year, they had five days dedicated exclusively to the party. In the following image we can see an example of a circular representation of the Egyptian calendar: 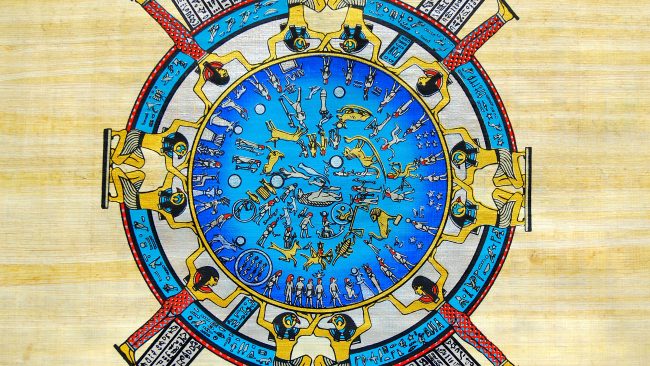 Roman Emperor Julius Caesar adopted this calendar. Later, Pope Gregory XIII applied it by making minor modifications, so it is the method we use today.

This article has been shared 81 times.